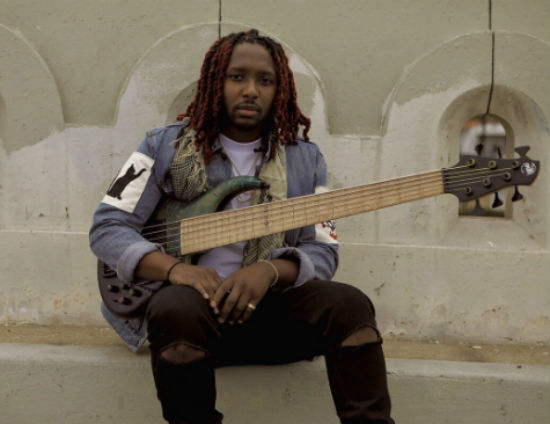 As we eagerly anticipate the arrival of the debut solo album from The Internet’s Patrick Paige II, he saw fit to tempt us with a taste of what’s come. His latest single “Voodoo” is a cool, laid-back groove that immediately puts the listener in full chill mode. The bassist/producer shows off his vocal skills as he explains feeling torn between the sure thing of his relationship and the allure of the freedom to roam the streets. He sings, “Am I wrong if I want to have my cake and eat it, too? / At the end of the day you know I'm coming home to you.” While his tone and the track itself give us D’Angelo vibes (get it?), the content gives us all the feels and sends us down the same contemplative road as Donell Jones’ 2000 hit “Where I Wanna Be.” The truth of what he’s saying is sure to sting his lover, but he sounds oh so good saying it.

“Voodoo” is the second single from Paige’s upcoming album Letter of Irrelevance. His previous double single "On My Mind/Charge It to The Game" featuring Syd and Kari Faux showcased his rapping skills, while this latest release shows just how insanely talented he, and all the members of The Internet, truly are. Though the members released several stellar solo efforts, we are thankful that this didn’t signal the end of the band. Fans worldwide collectively breathed a sigh of relief with the release of their recent single, "Roll (Burbank Funk)." Now, just days away from Paige’s solo project, our excitement has only increased for the variety of bass-heavy and head nod-worthy coolness he is sure to bring.

Give Patrick Paige II’s laid-back groove “Voodoo” a spin below. Be sure to pre-order his album “Letter of Irrelevance” on i-Tunes before its release date on this Friday, May 18th.