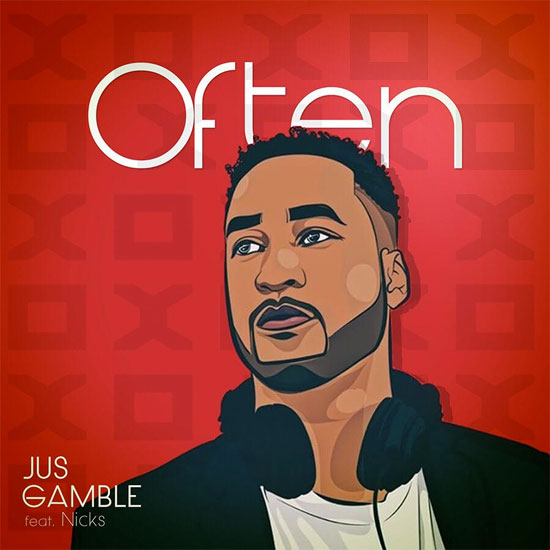 We have Facebook to mostly thank for bringing the words "it's complicated" to the forefront to describe a relationship. Those two words say so much and so little at the same time and raise more questions than they provide answers, but, honestly, sometimes relationships aren't easily put into a box. With this in mind, producer Jus Gamble and singer Nicks deliver "Often," described as "a song inspired by the best and worst of times that any complicated relationship goes through."

The second single from Jus Gamble's upcoming EP Underdog Arrogance features vocals from Nicks delivered in a trap soul style. The Massachusetts born and bred producer and audio engineer provides a vibey, bass-heavy sound bed for Nicks to sing to his sometimes bae. From the sounds of it, she's got another man, and Nicks is her side d**k. "You know we shouldn't do this often," Nicks sings on the chorus, but that's not stopping them from getting it in whenever and wherever they can. In this new age of scandalous relationships, this song is relatable and something to kick back to and enjoy with your side piece.

Jus Gamble's "Often" will hit digital music and streaming services tomorrow, but you can enjoy your first listen of the single with this SoulBounce exclusive world premiere right here. His EP Underdog Arrogance will drop at the end of June and showcase the diversity of his influences and genres that he is versed in. "I consider the entire piece of art a true depiction of the music made from my soul," Gamble says of the project. Look out for Underdog Arrogance in the coming weeks and stay up on Jus Gamble on Facebook, Twitter, Instagram and SoundCloud.