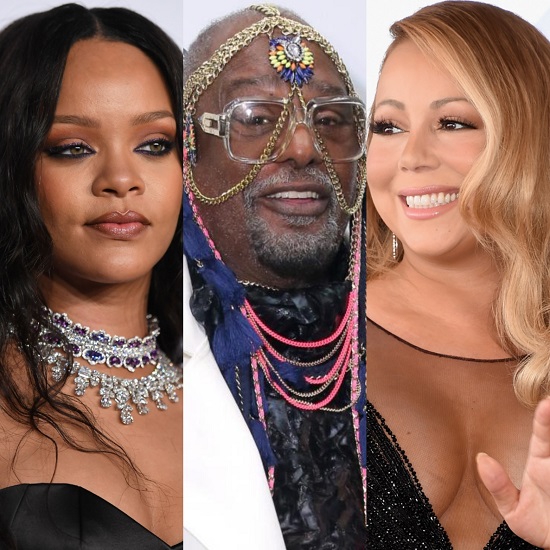 It's Saturday, so you know what that means. That's right, it's time for This Week In SoulBounce, our weekly recap of the best in music news. While we always keep you abreast of the latest, this week seemed to be dominated by a certain someone who we won't name at the moment (but we'll definitely get to in a just a bit). Though he and his crazy made headline after headline, there were quite a few stories that you might've missed. For one, Rihanna covered Vogue and also dished about her relationship with Drake (hint: it's non-existent). Also this week, funk legend George Clinton announced that he was retiring from the stage to the disappointment of those everywhere who want to get funked up. Meanwhile, the not-so-elusive Mariah Carey announced that she'd be returning to Vegas for yet another residency after her successful run a few years back. We've got that plus news on Kanye West (crap, we said his name), J. Cole, Halsey, Mack Wilds and more.