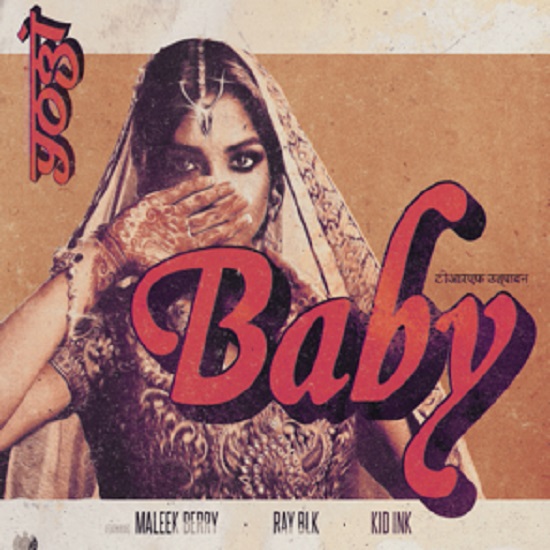 UK producer Yogi has spent the past few years racking up credits with novel artists like Santigold, Rita Ora, Stormzy, Tinie Tempah, AlunaGeorge, Wretch 32 and Professor Green. But now that he's preparing to release his debut album later this year, it's safe to say that this will be his most significant work to date. Bouncing back-and-forth between his London hometown and his new home base of L.A. inspired the artist to create a sound that reflects his personal connection between the two cities.

Just before the close of 2017, he leaked the album's first single, "Cakin'," a gospel-choir-backed bop featuring DRAM and Lady Leshurr. Six months later, he's ready to make us dance again with "Baby," a multi-cultural groove that incorporates Afrobeat, 808s and an infectious sample of Julio Bashmore’s “Au Seve.” If that description isn't enough to get your attention, just wait until to hear what happens when he adds RAY BLK, Kid Ink and Maleek Berry into the mix.

Yogi recently explained the idea behind the collaboration in an interview with Complex: "It was so important to get Ray BLK on this as she represents what’s happening in the UK at the moment. She brings that south Landan (London) swag which kept the beat authentic. Maleek represents what's happening in the clubs in the UK at the moment. ...My upcoming album blends U.S. and UK culture together, so it made perfect sense to have Kid Ink rep L.A. culture and help merge all the worlds the song represents.”

Listen to "Baby" and let us know if you think Yogi reached his goal of making "something that rappers would want to jump on." Hint: The answer is undeniably "yes." Both "Baby" and "Cakin'" are currently available for purchase, but keep up with the artist on Facebook, Twitter and The Gram for album updates and more.