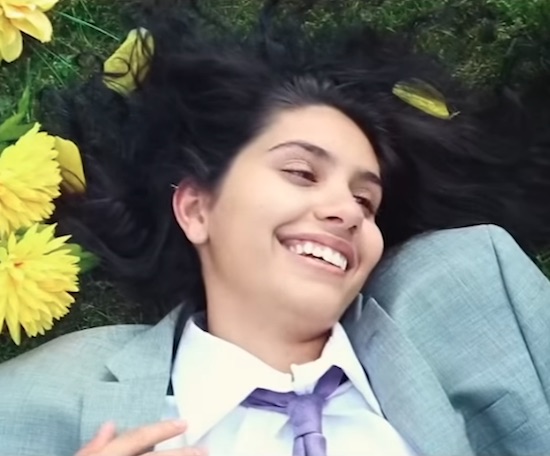 Over the last few years, singer/songwriter Alessia Cara has done a lot of growing. She’s transformed from the introverted girl on her hit single “Here” to a GRAMMY-winning darling at the ripe old age of 21. Of course, that pessimist who’d rather chill by herself is still in there. In fact, she’s front and center in the lead single from Alessia’s upcoming album, “Growing Pains.”

“Growing Pains” is a mid-tempo song about facing life as an adult and all the emotions that come with it. “Being 21 years old, as a woman that’s already a lot of stuff happing going, but add on to that I was thrown into this new circumstance that I wasn’t familiar,“ she explained about the inspiration for the track. Of course, Alessia has been navigating the changes in her life pretty well and found meaning, as she sings, “And I guess the bad can get better / Gotta be wrong before it's right / Every happy phrase engraved in my mind / I've always been a go-getter / There's truth in every word I write / But still, the growing pains, growing pains / They're keeping me up at night." Produced by Pop & Oak, the track is a very poppy, reminiscent of a Natasha Beddingfield song. That’s not a bad thing, as it serves as a perfect bed for Cara’s words.

While the song is a lament on the weightiness of growing up, Alessia decided to have a little fun with the track's lyric video. We get to tag along as Ms. Cara, faced with adult responsibilities, plays hooky from life. The clip opens with her putting on a suit, complete with a pair of Chuck Taylors. As the lyrics pop on the screen in different creative fonts, we watch Alessia do anything but work a 9-5. She runs down the street, lays in the grass and tries to enjoy the last bit of her youth. It’s a heartwarming visual that will turn just about any frown upside down.

“Growing Pains” is the first listen from Alessia Cara’s currently untitled sophomore album. For a live performance of the song, tune into The Tonight Show Starring Jimmy Fallon on Monday, June 18th.


TAGS:  "Pop and Oak", Alessia Cara, audio, natasha bedingfield"
Previous: After 7 Try To Win Our Hearts Back With ‘If I’ Next: Gabriel Garzón-Montano Takes Flight In ‘Golden Wings’