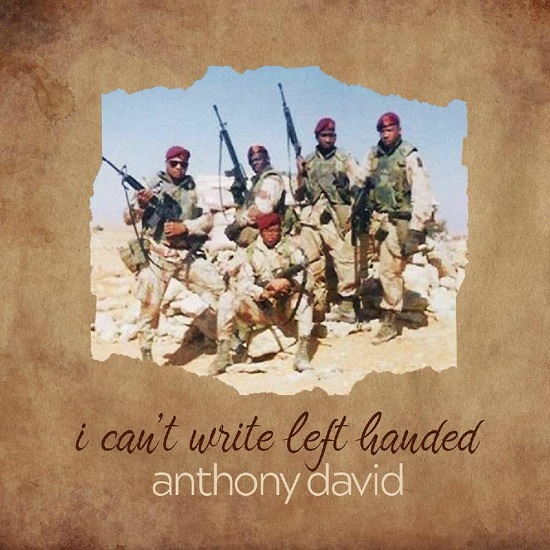 This Fourth of July not only marks Independence Day, it's also soul music legend Bill Withers' 80th birthday. Crooner José James was the first to announce a tribute in celebration of Withers' contribution to music, setting off on his Lean On Me Tour and performances in tribute to the singer-songwriter. Now another artist strongly influenced by Withers, Anthony David, is honoring the legend with his upcoming album Hello Like Before — which will feature covers of Bill Withers' songs both known and obscure. Our first listen to the project comes with Anthony's take on the protest song, "I Can't Write Left-Handed."

"I Can't Write Left-Handed" was written as a response to the Vietnam War, with Withers' commenting on life as a soldier. Seeing as Anthony is a Desert Storm vet himself, the song resonates with him personally, which he puts into his own version. He starts his take with a bit of narration about what the song means to him and what millions of soldiers across the world face when approaching the battlefield as piano, guitar and backing vocals introduce the melody. From there, he launches into the song, using his raspy vocal to tell the story of a soldier who's lost his right arm in battle. He definitely captures the bluesy feel of the original while wringing out the emotional weight of the lyrics, making this song resonate some 46 years after it was conceived.

"When I first heard this song, it stopped me in my tracks. I had gone to Desert Storm and the way he described the mentality of young men who go off, I don't think anyone has ever really described in a song before," Anthony shared in a statement about the song. "That was exactly it. The idea that the people that are driven that way, oftentimes are just young guys looking for something to do, and don't have much of a take on the bigger picture."

Hello Like Before is set to release on September 21st. Listen to Anthony's dynamic take on "I Can't Write Left-Handed" right here.