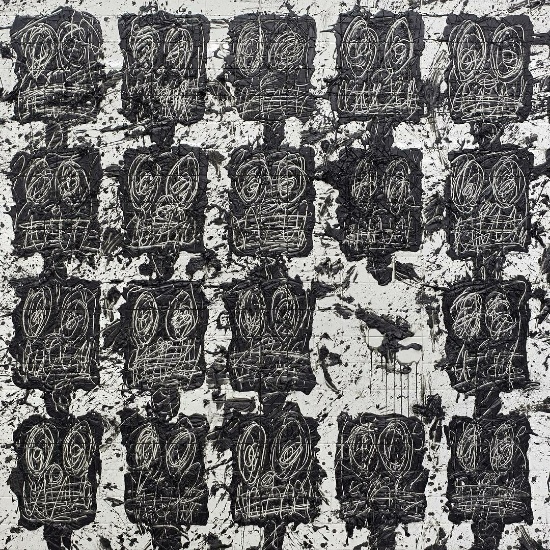 For the past 25 years, hip-hop fans have been keeping their fingers and toes crossed for a solo album from Black Thought aka Tariq Trotter. While he has released a steady stream of music as the frontman of The Roots, traveled the globe several times over, earned several GRAMMY Awards and landed in homes across the U.S. as part of the house band for The Tonight Show Starring Jimmy Fallon, fans have always kept hope alive that one day the legendary wordsmith would branch out on his own. Well, that day has finally come as the MC has teamed up with producer 9th Wonder for his first solo project ever, Streams of Thought Vol. 1.

Although Thought makes it a point to emphasize that this is not a solo album, for those who have been patiently waiting, it's close enough. The five-track EP finds him displaying the gift of gab that has kept fans at rapt attention for a quarter of a century. From the project's opener, "Twofifteen," to its closer, "Thank You," Trotter straddles the line between the wise neighborhood observer and the swagged out challenger whose words are dripping with bravado. His razor sharp wit shines through even when he's going toe-to-toe with fellow critically-acclaimed MCs like Rapsody ("Dostoyevsky") and Styles P ("Making a Murderer").

While we're obviously most accustomed to hearing him backed by a Legendary Roots Crew production or hopping on a one-off track with other producers, his cadence fits in smoothly over these 9th Wonder and Soul Council crafted tracks. Each production is at once both soulful and grimy, providing the rapper with ample space to flex his lyrical prowess.

The "Vol. 1" that is attached to the project's title isn't accidentally, either; a press release reveals that Streams of Thought is the first of three releases that are "set to arrive very soon." Knowing that there's even more of these dope sounds to look forward to provides further proof that Summer '18 is shaping up to be a big one byway of highly-anticipated releases. Press play right here to check out this sneak attack from two of music's finest artists.