Christina Aguilera Connects With GoldLink For Jazzy Jam ‘Like I Do’ 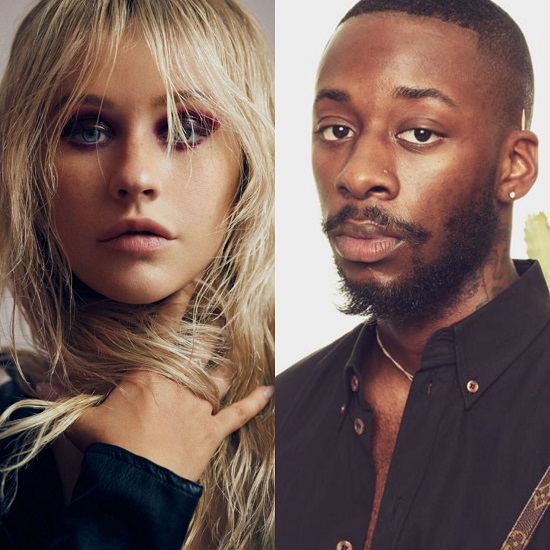 2018 has seen quite a few artists return to the scene. Perhaps no other pop return is more anticipated than that of Christina Aguilera, whose new album Liberation is set to release in a week. The album is already proving to be an eclectic affair, with the singer releasing the hip-hop-flavored track "Accelerate" as its lead single and following up with subsequent releases "Twice" and "Fall In Line." The latest genre that she's trying out seems to be '90s-leaning R&B as exemplified by new single "Like I Do."

"Like I Do" features a breezy, jazz-inflected backdrop filled with smooth piano chords and a swirling flute riff. Featured guest GoldLink kicks things off with an opening verse as he spits game to Ms. Aguilera like only he could. His sing-song flow rides the rhythm while calling himself the Uncle Phil to her Aunt Viv. Christina, on the other hand, comes into the track with a subdued, self-assured swagger as she lets him know that she's been doing the things he's proposing way before he ever thought about approaching a woman of her stature. "Boy you already know my story / You were raised in all my glory," she boasts before letting him know that they can "Marvin Gaye and get it on" just so she can show him exactly what she's talking about. The flirty, fun track isn't the first time that Aguilera has flirted with R&B (in fact, she's probably one of the few pop stars to do so consistently) and she commands it with a winking sense of fun that makes this feel as authentic as any of the other songs we've heard come from her direction over the course of her career.

If you're looking for a smoothed-out jam to nod your head to this summer, look no further. Listen to Christina and GoldLink get jazzy with it on "Like I Do" below.