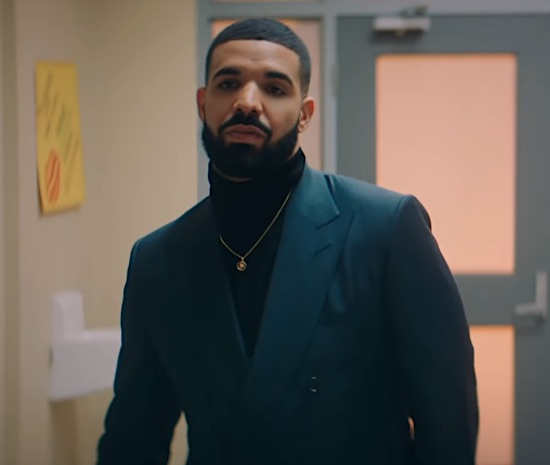 Drake quickly lost his seat on the throne after Pusha T threw some strong jabs at the "Nice For What" rapper with the diss of the year. Now that the Canadian rapper somewhat squashed the rap beef with a press release, he's doing a little more damage control and trying to regain his spot at the top. To help him get his footing, he just announced the release date for his next album Scorpion and dropped a new music video that has the internet reveling in nostalgia. Drake successfully staged an epic Degrassi: The Next Generation reunion in the Karena Evans-directed video for "I'm Upset."  The rapper, along with his former co-stars, all reunited at Degrassi Community School for a night of shenanigans we all wish we had an invitation to.

Champagne Papi teased the video via Instagram last night, setting the internet on fire after he reunited with the Degrassi class of 2007. The cast took a trip down memory lane while dancing down the halls, finishing unfinished business, posing for photo booth pics and partying until puking. The night looked like a genuinely great time as the cast look like they really went to school together and were glad to be back in each other's presence. If for some reason you don't recognize some of the cast and the characters they played, the closing credits end with then and now shots of everyone who participated in the video, along with the show's theme song in the background.

Along with releasing new visuals, Drake announced he'll be dropping Scorpion on June 29th. It looks like he's moved past all the rap beef and is getting back to rap business. While we wait to hear what the former Degrassi star has in store for us on his new album, watch the video for "I'm Upset" and reminisce with us.