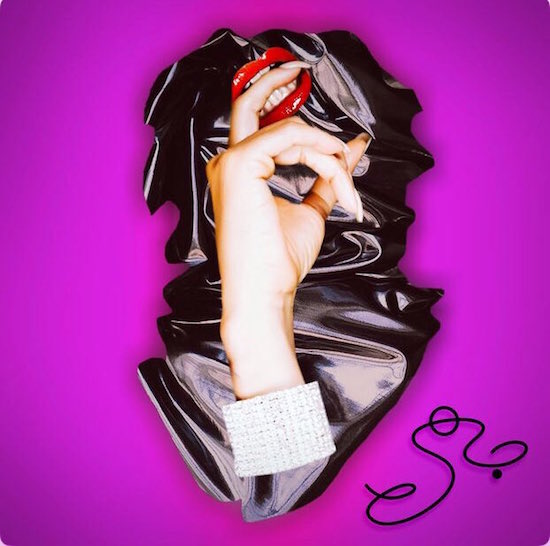 Singer-songwriter Joi has been bringing the soul and funk to the world for almost 25 years. After blessing fans with her latest single, "Stare at Me," and its accompanying video, she finally drops off her first album in over a decade, S.I.R. Rebekkah Holylove.

The album finds the shapeshifting artist adopting a new persona in the form of "S.I.R. Rebekkah Holylove," following in the shoes of "Star Kitty" and her most recent self-adopted moniker, "Tennessee Slim." Although the name may be new, the project delivers more of the same gritty soul that we've come to know and love from Joi. Recorded entirely in her home studio — which she calls "the funky jewelry box" — alongside producer/musician Brook D'Leau, the album kicks off with "Ruler (Good Witch)." Here, she quickly sets the tone on this slow-burning power anthem in which she declares, "B***h, I'm free since before was before / I been knew the score / Wild and wonderful in my own skin, comfortable / You have no dominion over me."

From there, she hits listeners with the one-two punch of a woman who is confident and comfortable conveying sexuality and power in a way that refuses to be neatly placed in a box. Her gospel-dipped vocals force anyone within earshot to sit up and take notice of the message she is delivering. She reiterates this message repeatedly throughout S.I.R. Rebekkah Holylove's 10 tracks, like on "Give It All You Got (Be Fearless in Your Youness 1)" and its grungy and grimy partner "Stare at Me (Be Fearless in Your Youness 2)."

"Kush," which was the first single from Organized  Noize's 2017 self-titled EP is rechristened as "Kush (All of Us, Every Single One)." In lieu of 2 Chainz' guest verse, Joi instead adds a thoughtful spoken word piece at the end in which she promotes inclusion and acceptance of all, despite our faults. The poem provides the perfect segue into "Black Magic Potion," a funk-fueled ode in which she implores everyone to find the light inside of them. She turns vulnerable on the album's final track, "Kingless Queen," in which this self-loving and self-assured queen admits that she is still waiting for someone special enough to stand beside her in this thing called life. "I'm a kingless queen sitting on her throne and I'm all alone," she sings before wondering, "Who will proudly wear the crown and be brave enough to sit by my side?" It is a touching reminder about the stark elusiveness of love, even for the fiercest of people.

S.I.R. Rebekkah Holylove has been in the works since early 2013 when Joi first made mention of it on Twitter. Although it would take over five years for it to finally make its way into our eager hands, it doesn't take long to realize that this type of artistry and passion is well worth the wait. Take this long-awaited album for a spin and be sure to add this affirming project to your collection.


TAGS:  2 Chainz, audio, brook d'leau", Joi, organized noize"
Previous: Lizzo Shares Her Love For All The ‘Boys’ Of The World Next: Khalid Is Looking For A Reason To ‘Stay’