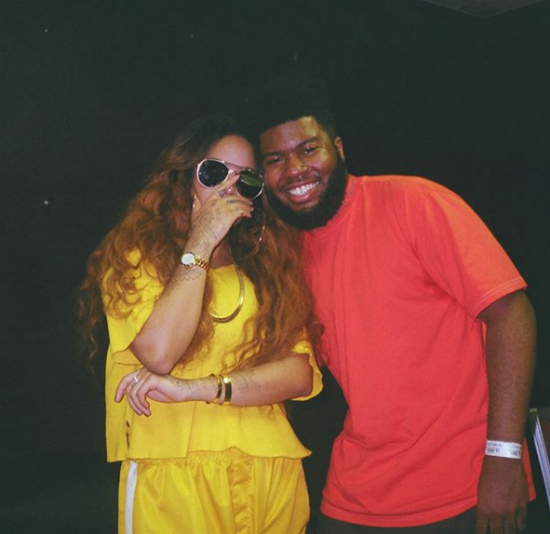 Khalid and H.E.R. have collaborated to create a slow burn of a track for the soundtrack to Superfly. Rapper Future put put on his producer hat and assembled an all-star lineup for the soundtrack, including Miguel, Young Thug, 21 Savage, Lil Wayne and more. Before the soundtrack drops this Friday and the movie debuts next week, Khalid and H.E.R. deliver their contribution on "This Way." In the soulful single, the singers represent two different sides of love, blaming the other for the relationship's demise. The duo sing and have a real conversation over a contagious instrumental lead by a guitar with hints of percussion so you can pay close attention to the lyrics.

Khalid sings, "You say I'm trippin', bulls**t / You're the one to make me do s**t / You're the one to make me feel it." H.E.R. later delivers her rebuttal in the silkiest of tones, "Yeah, all of these excuses / Say I'm the one that made you ruthless / But you're the reason I'm crazy." I guess they can agree to disagree here, but what we do know is their chemistry on the track is palpable, and we'd love to see more collabs from the young crooners.

The Superfly reboot stars Trevor Jackson, Jason Mitchell and Lex Scott Davis, and hits theaters Wednesday, June 13th. While you plan your trip to the movies next week, you can go ahead and purchase or spin "This Way" on all digital music platforms. Look out for the Superfly soundtrack to drop on Friday on your favorite digital retailer as well. Listen to Khalid and H.E.R. sing "This Way" below, and let us know if you're wading in your feelings like we are.