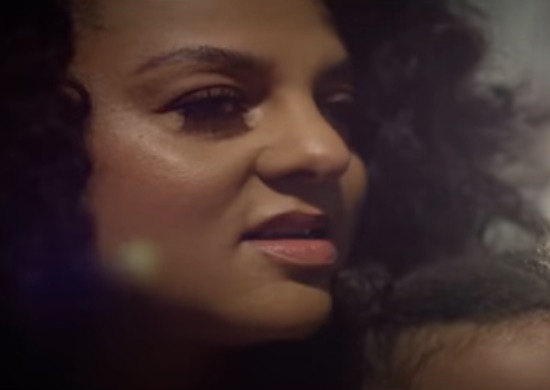 A new baby and a new marriage have filled Marsha Ambrosius with feelings of love and happiness over the past year. Naturally, her current journey has sparked a creative streak, leading to a new album titled NYLA (as in the name of her daughter, not "New York-Los Angeles") due later this year. In anticipation of the project, the soulful Brit has released a new single and visuals for "Old Times."

Some fans may remember when she teased the track late last year (as "Just Like Old Times") while cruising around with SiriusXM The Heat's Dion "Deezy" Summers for an installment of Lincoln First Listen. Others may have even heard Ms. Ambrosius perform it live during concert sets. While the emotional DJ Camper-produced ballad may initially conjure feelings of love lost or a relationship going through a rough patch, the all-too-real music video directed by The RiskTakerz convey the song's true meaning.

In a bit of "art imitating life," her husband Dez Billups plays her leading man in the short film while their baby girl, Nyla, slays us with her cuteness. The short film is a family affair indeed, but that doesn't necessarily mean a happy ending. While on his way home, we see Dez navigating the streets of Atlanta, having fun with the neighborhood kids and showing love to members of his community. Inexplicably and without provocation, he is suddenly stopped by the police. The scene and subsequent events breathe life into his wife's lyrics, "I'll be here waiting for you to come home / Those red and blue lights flashing and I pray / Oh, please, please, please come home."

The fact that he's wearing a hoodie and holding a pack of Skittles isn't lost on us; the message is loud clear. Marsha further explains to ESSENCE, "Once I created and the actual song and concept, the story began to shape itself....And I wrote it prior to meeting my husband and having a daughter. When it came to creating the visual, by that point, I'd fallen in love, I was a wife and mother, and what was happening in our world was evident. I've always created a moment for social narratives to be a part of my music. As a Black woman and mother, raising a queen, I'm just trying to pinpoint the obvious."

"Old Times" is currently available for purchase ahead of NYLA's September release. In the meantime, fans can catch Marsha Ambrosius as she performs with Eric Benét at the end of the month in Ohio or at ESSENCE Festival 2018 in New Orleans in July.