MNEK & Hailee Steinfeld Add A Splash Of ‘Colour’ To Our Lives 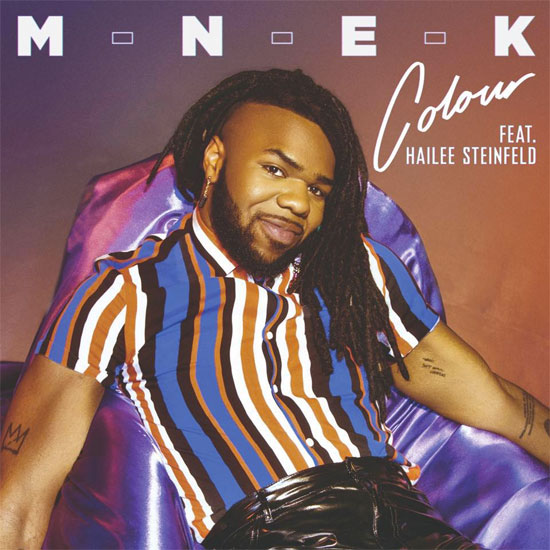 MNEK is a man in demand. The pen behind singers such as Beyoncé, Madonna, Dua Lipa and Diplo is wanted not only for his songwriting talents but for his own highly anticipated debut album, Tongue. Following the March drop of the album's title track, he may be inching a little closer to the project's release with the premiere of a new single “Colour” featuring Hailee Steinfeld.

“Colour,” as you might have guessed, is an uptempo pop record about how love can brighten up your life. “Life was so heavy / I was giving up / Na Na / But since you came along / I’m light as a feather,” he sings. The song is filled with couplets that show how the new lover in his life has turned his frown upside down. Hailee plays her position, her lithe voice complimenting MNEK’s husky tenor. While the lyrics are a bit corny, and the song wouldn’t feel out of place on the soundtrack for an animated film, we can’t deny the track is fun and makes us tap a few toes. The lighthearted production doesn’t hurt, either. Speaking of animation, MNEK also shared a cute animated lyric video for the track. In the clip, we watch as people’s lives are brightened by strangers who soon become friends. Life goes from being drab to filled with a multitude of rainbows everywhere you look. With today being the first day of National LGBTQ Pride Month, that's mighty well played, MNEK.

Get a splash of “Colour” in your life with MNEK's latest song and lyric visual, and join us in waiting at the front door for Tongue's impending arrival.