SoulBounce Exclusive: Trevor James Proves To Be A Lady Killer On ‘Assassin’ 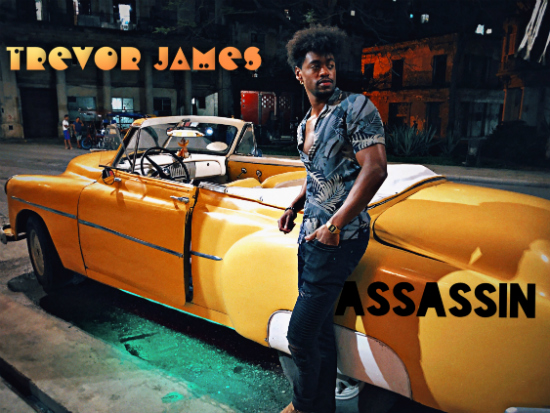 There are some people who are a little too good at making others fall in love. You know the type. They're the ones who always know the right thing to say and the right way to say it and leave you wanting more long after they've left. Singer-songwriter Trevor James, a budding indie artist on the scene, captures the essence of those who are lethal at love with his latest single "Assassin," which SoulBounce is bringing to you for an exclusive first listen.

On the song, Trevor mixes funk and rock easily to create a funky-yet-seductive potion sure to get into your system. Backed by a tight bassline, rhythm guitar leads the way as he elaborates his plan to make you his. Comparing his methods to that of a contract killer, he warns what he'll do on the song's chorus. "I'm an assassin / I'm a trained killer / I got a hit out on your love / And you're on my list." While Trevor's style is all his own, the track is definitely reminiscent of some of the best work of Lenny Kravitz, another soul brother who effortlessly blends funk, rock and soul. This is especially true on the chorus, which showcases falsetto harmonies floating above the track to accompany the gruff rasp of the lead vocal, and the electrifying guitar solo that brings everything home.

"When I was writing this song, the groove felt like something out of an action movie, but a romantic action movie," Trevor told us about the creation of "Assassin." "The first word that popped into my head was "assassin" — but instead of being a killer, I wanted it to be an assassin of love, a story that involves a guy going after the girl he wants and methodically getting her heart and love with pinpoint accuracy [so] that when he disappears she can’t stop thinking of him."

If you dig "Assassin" — which Trevor wrote, produced, played and mixed all by himself using Logic 9 — there looks to be a lot more coming from Mr. James' direction as he readies his forthcoming album. "Everything you hear on the album I’m playing — from drums, keys, guitar and bass," he said. "Many people think I went into the studio with a full band but I did everything right in the comfort of my room on my laptop with all of my instruments."

We're definitely looking forward to hearing more from this multi-talented musician. Take a listen to "Assassin" below and follow him on Instagram and Twitter to prepare yourself for what Trevor's got coming next.


TAGS:  audio, lenny kravitz, Trevor James
Previous: Atlanta’s ONE Musicfest Expands To Two Days With Nas, Cardi B & Miguel As Headliners Next: When It Comes To Love, Samm Henshaw Wonders ‘How Does It Feel?’