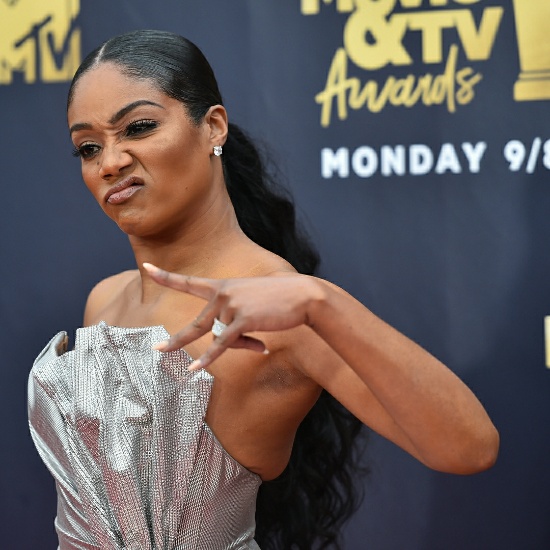 It's a wonder that anyone in Hollywood tells Tiffany Haddish anything anymore, especially since she keeps spilling all their tea to the media. The latest instance of Tiff saying just a little too much comes in the form of her revealing that Drake once backed out of a date with her. While sitting down for a convo with Jada Pinkett Smith for her Red Table Talks series, Haddish discussed how texts about her appearance in the "Nice For What" video eventually ended up with the 6 God asking her out to dinner. However, after she cleared her schedule to meet with him, he eventually bailed on the comedienne.  “Then I’m like, ‘So what time are you heading out? Are you sending a car, like where we going?'” Haddish recounted. “And he’s like, ‘Oh man, my bad, family emergency. I’m in Canada right now.’ And I was like, ‘OK! OK!'” No word on if Drake ever followed up after that. #DamnHomie