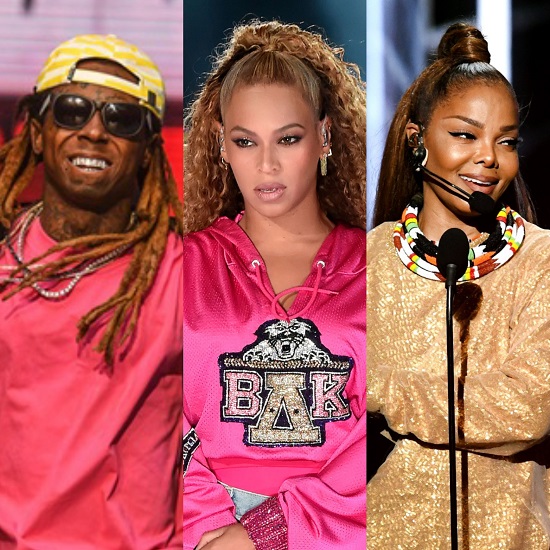 Waddup, folks! Black Music Month is in full swing and while we're celebrating the greatness of the African-American contribution to the music world, we're also seeing several headlines made by some our favorites. If you feel like you can't keep up with it all, we got you! This Week In SoulBounce is always here to give you all the music news that you wanna know. Of note this week, Lil Wayne has finally gotten his free from Cash Money after a lengthy legal battle and is now a free agent on the music scene. Elsewhere, Beyoncé finally showed off twins Rumi and Sir while kicking off her and JAY-Z's On The Run II Tour in Wales. Oh, and though she's currently going through custody struggles with her estranged hubby, Janet Jackson has reason to smile this week after Pandora gifted her with a streaming honor. All that plus news about Lil' Kim's money woes, Spotify reversing its hateful conduct ban, why we're hoping for a speedy recovery for Love & Hip Hop rapper Lil Scrappy and so much more.