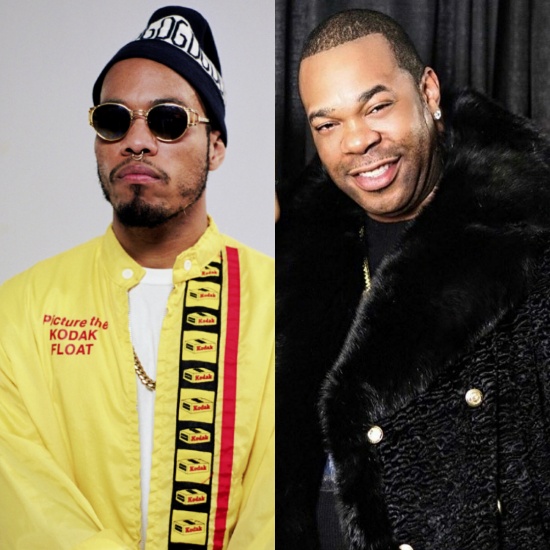 Back in May Anderson .Paak got things “Bubblin” for his much-anticipated upcoming album, entitled Oxnard Ventura, with the head-nodding jam. Now he’s enlisted Busta Rhymes to add a hot 16 to the official remix to the track. It’s only right that the OG bless the not-so-new kid on the block with a verse on the refix to a track that sounds like something Busta would have easily freaked back in the day.

As far as the track goes, Anderson .Paak and company don’t change much on this remix. We still get the same frenetic production courtesy of Jahlil Beats and AntMan Wonder, while .Paak’s first verse remains unchanged. However, Busta Rhymes lives up to his reputation as a rhyme animal by delivering an aggressive verse reminiscent of his much of his legendary catalog, particularly “Break Ya Neck.” As the beginning of his verse touts, “Every time I come, I hit a n***a in the middle / Hit a n***a high, hit a n***a low / And as I f**k it up a lil' more / I kill 'em and I get 'em.” While Bussa Buss might be going a tad too fast to catch everything he’s saying, his flow and energy make it worth the repeat listens.

.Paak is currently in the studio with Dr. Dre putting the finishing touches on his Aftermath debut. Oxnard Ventura follows his 2016 album, Malibu, as well as his NxWorries project with Knxwledge, Yes Lawd!. We haven’t received the official release date yet, but we should hear something sooner rather than later as the album is already being mixed by Dre. In the meantime, hit play and let us know if the Busta Rhymes remix will keep “Bubblin” on your playlists throughout the summer.


TAGS:  Anderson Paak, antman wonder, audio, busta rhymes, dr. dre, jahlil beats, Knxlwedge, NxWorries
Previous: Tinashe Works Out Her Relationship Issues On ‘Like I Used To’ Next: Tone Stith & 2 Chainz Give Us A ‘Light Flex’ From The ‘Uncle Drew’ Soundtrack