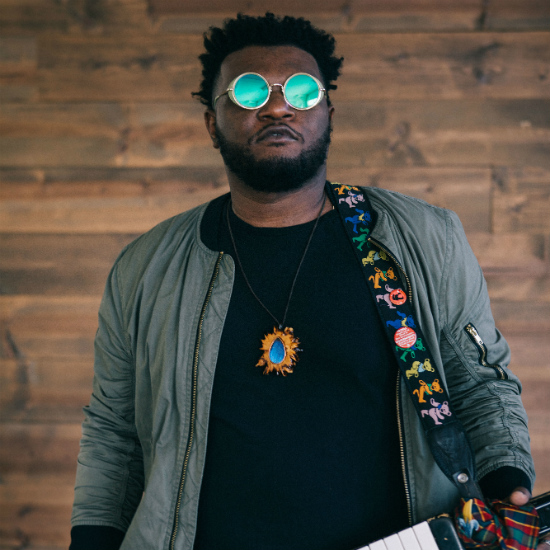 If you've ever seen Kamasi Washington live in concert, then you've more than likely also seen and heard Brandon Coleman in action, too. The keyboardist, vocalist, composer, producer and arranger is a regular fixture in Washington's band as well as a friend and frequent collaborator with the artist who recently released his album Heaven and Earth. Known as "Professor Boogie," Coleman is prepping for a new release of his own with his album Resistance on the way this September. To give folks an appetizer before the entree, Brandon debuts the single "Giant Feelings" and its accompanying music video with an assist from vocalist Patrice Quinn, Techdizzle, Kamasi and fellow members of his band.

"Giant Feelings" goes from a funky party to a climactic orchestral breakdown, as Patrice and Brandon flex their vocals to inspire you to get in your own giant feelings. About the track, Brandon says via press release, "I wrote "Giant Feelings" for the band... for Kamasi, Miles [Mosley], Ronald [Bruner], Stephen [Bruner]... all those guys. I wrote it for us to play. I've been waiting to work with a voice like Patrice for my whole career," he continues. "Her voice is as timeless as Ella Fitzgerald or Billie Holiday, it just radiates love."

In the visuals, we watch scenes of Brandon, Patrice and other band members catching a vibe outside surrounded by nature. Brandon and Patrice take turns singing while everyone casually kicks it. When they're not getting some fresh air, the camera cuts away to the band all suited, booted and jamming together indoors on a dark gray set.

Brandon Coleman's new album, Resistance, debuts on Brainfeeder on September 14th. The 12-track project promises more funk, jazz, disco, boogie, R&B, electro and soul where "Giant Feelings" came from. You can go ahead and pre-order Resistance on your favorite digital music provider now and check out the tracklist below after you get these "Giant Feelings."