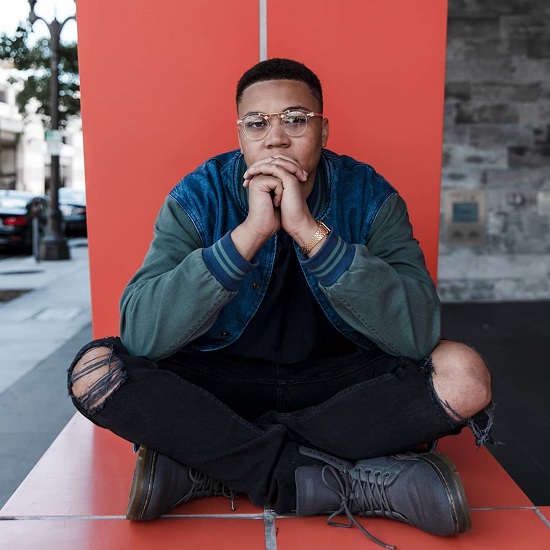 What most impressive about Chris McClenney is not the sheer quantity or quality of his work, it's that he's able to put out the amount of quality he does consistently. After a flood of material last year, starting with his debut EP Portrait In Two, Chris has quietly been dropping gems most of this year as well. The latest in a long line are two thoughtful tracks, "Legacy" and "DownForWhatever."

"Legacy" finds Chris getting introspective and reflective as he contemplates his life and times while the world is in its current state. Over a subdued, self-produced soundbed of atmospheric synths, guitar, kick drums and snaps, McClenney imagines what his life would mean if he was struck down in a moment of police brutality. "You could shoot me down in the streets / But in the music there's a spirit of my legacy," he sings on the chorus while addressing the unique climate that blacks in America are forced to confront on a regular basis.

"DownForWhatever" finds him in the same contemplative mood, though this time he infuses a bit more bump by adding a booming 808 and trap-style hi-hats to piano chords. It sets the stage for a kind of father and son dialogue. He first provides the voice of a rebellious son anxious to strike out on his own away from the boundaries set by his dad. After the son has his say, Chris sings in a lower register to explain the father's burden — including the struggles of trying to raise a family and make sacrifices so that his son would have options beyond what he did. It's an interesting exercise in song structure and narrative that makes it a pretty engaging listen.

We would say that Chris McClenney has done it again, but honestly, he's never stopped giving us music that we can feel. Check out both of his new joints below.


TAGS:  audio, Chris McClenney
Previous: This Week In SoulBounce: Ella Mai Reaches Rare Air On Radio Charts, Cardi B Pulls Out Of Bruno Mars Tour, Drake’s Still Got Everyone In Their Feelings & More Next: Dedry Jones (1954-2018)