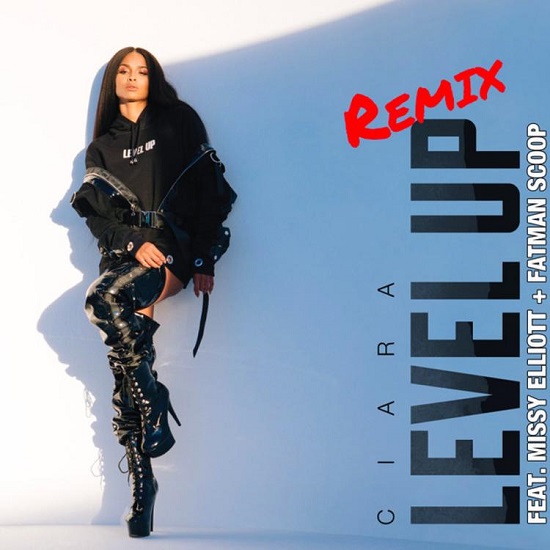 No matter how you feel about Ciara’s new track “Level Up,” the song has been getting some burn in the club, on social media and many a gym playlist. And, despite what the haters say, CiCi is determined to keep “Level Up” climbing the charts. In fact, she's dug into her nostalgia bag and enlisted the aid of Missy Elliott and Fatman Scoop to get the job done. The trio first collaborated on Missy’s 2005 record “Lose Control.” Now the “Hot Boys” singer and infamous DJ are returning the favor by adding some flavor to Ciara’s comeback record.

On “Level Up” 2.0, Ciara and collaborators Theron Thomas and J.R. Rotem keep things simple, letting their co-stars shine over the sample of Fun.’s Jersey Remix of “We Are Young.” Missy comes through with a hot sixteen on the second verse, letting us know she’s “making dollars like Creflo / I’m an original, no klepto.” But that’s not all. Missy even gives us a few harmonies on the breakdown, reminding us that she’s not just a rapper but is also known for hitting a note or two. Finally, the track closes with Fatman Scoop shouting “level up” and giving us a few ad-libs to keep us hype until the song ends.

While the song doesn’t quite hit the bop levels of “Lose Control,” to say the least, it’s still a level up from the original  — and that’s all you can ask of a remix. And let’s be honest, a little bit of Missy makes everything better. In fact, since both stars are launching comebacks, it would be awesome to see them do a best of both worlds project. Yeah, Missy is the best of both worlds by her damn self, but it’s a nice thought. Here’s hoping they at least shoot a video for the remix and keep the party going.