Kamasi Washington Surprises Us All With His ‘Choice’ 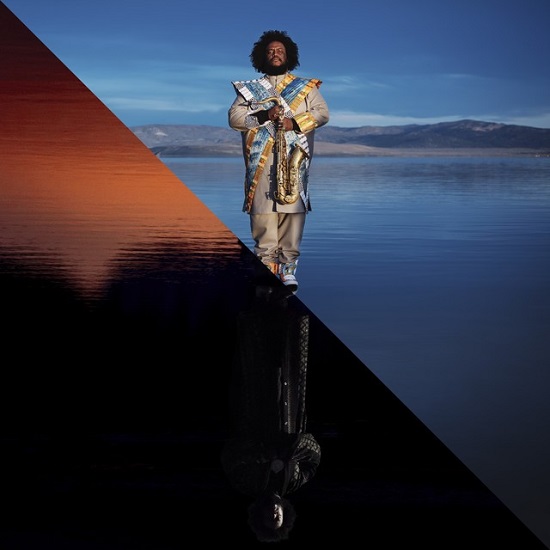 Kamasi Washington's not known for keeping things short and sweet. His debut album The Epic was both epic in name and in length, clocking in at three hours. So when he dropped his double album Heaven And Earth — which clocked in at just under two-and-a-half hours — last month, it was relatively short in comparison. Little did we know that he had literally had something else up his sleeve.

Fans who bought the vinyl release of the Heaven And Earth soon found a fifth LP hidden in the project's gatefold called The Choice. The five-song LP includes three new original songs ("The Secret Of Jinsinson," "My Family" and "Agents Of The Multiverse") as well as a cover of The Five Stairsteps 1970 hit "Ooh Child" and Carole King and Gerry Coffin's "Will You Love Me Tomorrow." As expected, the three originals follow in the style we've come to know from Kamasi, adapting previous styles of jazz into his own modern patchwork of sound and color. He approaches both covers in a similar way, with the meeting of the new and familiar creating something altogether different and interesting. Vocals are incorporated for the covers, reminding us of the songs in their original form. Kamasi allows the songs room to breathe, though, meandering at certain portions and adding solos here an there. That means the longing of "Will You Love Me Tomorrow" is expanding to a nearly 10-minute exploration of the song's themes. "Ooh Child" is also expanded, though get to the songs familiar melody much quicker, imbuing it with a playful syncopated rhythm as the layered vocal harmonies come into play.

The Choice is a perfect companion piece to the double album, deepening the musical experience and showcasing just how epic Kamasi Washington's talent and vision is. And, in case you didn't pick up the vinyl edition of the album, you can check out the EP via Spotify stream below.


TAGS:  audio, carole king, Gerry Coffin, Kamasi Washington, The Five Stairsteps
Previous: This Week In SoulBounce: Cardi B & Offset Been Married, Are Janelle Monáe & Tessa Thompson An Item Or What?, Damon Dash Wants Lee Daniels To Run Him His Money & More Next: The Shindellas Put You In Check On ‘Reconsider’