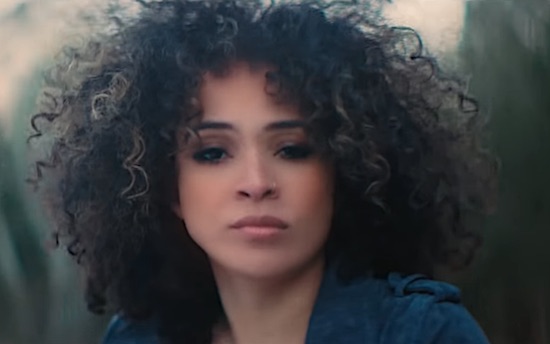 Earlier this year, Kandace Springs dropped a three-song EP, Black Orchid, as a precursor to her sophomore album. Now the singer/songwriter/musician's new project, Indigo, is ready for the world, and she's prepping for its September 7th release. The 13-song collection is led by the single "Don't Need The Real Thing" produced by drummer/producer Karriem Riggins.

Guitar and percussion provide the backdrop for Kandace's honeyed vocals to play on "Don't Need The Real Thing." The song has a seductive swing that belie the lyrics. Springs shared some insight into the new single with JustJared.com. “The song is basically about loving yourself and not being dependent on anyone else for your own happiness. It’s really a kiss-off song – if this is the so called ‘real thing’ well I’m good without it!”

The release of "Don't Need The Real Thing" was accompanied with a music video that loosely brings that concept to life. Filmed in her hometown of Nashville, we watch Kandace and her lady taking a leisurely drive around the countryside in a classic car. They're seemingly all in love, holding hands and making eyes at each other, but that happiness is shortlived over the course of the clip. Springs alternates between being in the driver's seat and the backseat to signify how a person's role in a relationship can change. In the end, love doesn't win for Kandace, but she keeps it moving.

Kandace Springs' Indigo features the majority of production from Riggins as well as contributions from Jamie Hartman, Jimmy Hogarth, Evan Rogers and Carl Sturken. The LP will showcase a variety of genres and according to Springs, "it's a mix of everything that I am." Join us in looking forward to getting to know Kandace Springs better when Indigo is released.