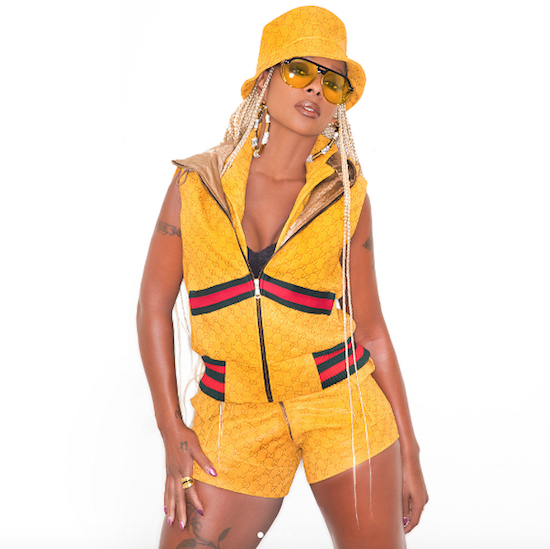 There's a theory amongst Mary J. Blige fans that she makes her best music when she is heartbroken and unhappy. However, if her new single "Only Love" is any indication, happy and satisfied Mary is just as adept, if not better, at crafting music steeped in happiness and joy.

Fresh off a triumphant return to the 2018 ESSENCE Festival stage, the singer/actress returns with a new disco-tinged single that explains exactly where she is at this point in her life. Produced by Pop and Oak, the song presents a hopeful and optimistic Mary, one who acknowledges the hurt in her past while also celebrating her future. It is the healing and rejuvenating power of love that leads her through this buoyant dance anthem.

Auntie Mary's gritty and soulful voice is in top form as she blows through lyrics like, "I remember when I was lost / Down for the count, was done / No one around to pick me up / I was so over love til you came right in and you brought me hope." Even with the public spectacle of her recent divorce, there is something to be said of Mary's ability to still sing about finding love with the conviction and hope of someone who has yet to experience heartbreak.

Along with unveiling the new single, she also took to Instagram to let fans know that she's been working on other new music as well, saying, “I’ve been in the studio working on new music and was excited to share a little bit with you all. I had a year of so many ups and downs and have come out the other side with a renewed spirit and a fresh perspective. I’m entering my next chapter with an open mind and heart. ONLY LOVE is where I am right now and I couldn’t keep it to myself any longer!!!"

The new music isn't the only offering coming from Blige these days. During last weekend's ESSENCE Festival, she also launched her joint jewelry line alongside Simone Smith, the wife of LL Cool J called Sister Love. She describes the collection as "a jewelry line that represents women working together and recognizing each others strength and power."

"Only Love" is currently available on various digital outlets such as iTunes, Tidal and Spotify.