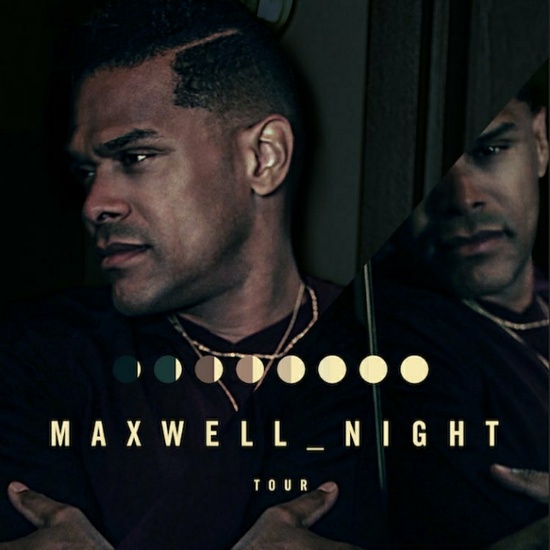 We're all ears (and eyes, if we're being honest) when it comes to neo-soul vanguard Maxwell. But based on the seven years that elapsed between BLACKsummers'night and blackSUMMERS'night, we'd already resigned ourselves to the fact that the wait for the final installment of his BSN trilogy would be an exercise in patience. Welp, like his latest song title suggests, "We Never Saw It Coming" when the singer surprised us earlier this summer with new music and an accompanying short film entitled The Glass House. The dual release gave much food for thought and also signaled that blacksummers'NIGHT might arrive sooner than we previously believed possible.

We aren't naive; we've been down this road before and can testify that one new song doesn't necessarily mean an album is coming in the same year. However, our hopeful anticipation just got a major boost thanks to Maxwell's announcement of the 50 Intimate Nights Live Tour. Beginning September 27th at Richmond's Altria Theater, the artist will embark on an extended journey across North America. In addition to swaying the crowd with his modern classics, Mr. Rivera plans to debut music from the upcoming project as well. A limited number of VIP Packages will be available via his website beginning tomorrow, July 25th, but general tickets go on sale this Friday, July 27th.

While we don't yet have a release date for NIGHT, we can at least look forward to the 20th-anniversary reissue of his second album, Embrya, later this year. In the meantime, peep the promo video and full list of tour dates below.