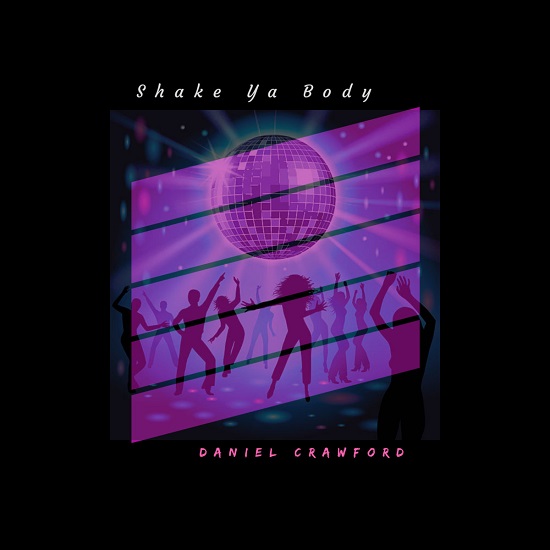 When we think of producer extraordinaire Daniel Crawford, we think of next level production that's able to carry anything from hip-hop to R&B and more. In other words, he's no one trick pony. However, even someone with intensely creative talents can offer up something that we could never expect. Daniel's done just that with the release of his latest EP Shake Ya Body.

Shake Ya Body is a musical time machine taking us back to the late '70s and early '80s, when funk, boogie and disco ruled the radio and the dance floor. The five-song set is chock full of stone cold grooves, kicking off with the heavy funk of "All I Want," that sets slick rhythm guitar against a wall of percussion that propels the song forward. Meanwhile "Sweat It Out" will make you do just that its quicky moving disco rhythm supported with sweet strings and horns make it soar. "Dance The Night Away" veers into boogie territory, with synth-laden production and a splash of vocoder recreating the moment that you find love on the floor. Daniel begins to bring things home with "Pops Groove," which brings to mind elements of late Sly Stone, Love Unlimited-era Barry White and a few other flourishes (including a majestic horn line) as it mellows things out. It's the perfect segue into closer "Bad News (Keep Smiling)." It finds Daniel lamenting the state of the world while still encouraging a positive outlook. The sound of the track is Chic in every sense of the word, with vocoder once again thrown into the mix.

"I was inspired to make this EP in less than a week after my time at the PLAYlist Retreat (shout out to the genius DJ Jazzy Jeff) where I heard my girl Natasha Diggs spin a 45 set that was filled with funk, disco and boogie that introduced me to records I didn't even know about," he wrote about what motivated him to create Shake Ya Body.  "This release is something completely different than anything I've released and also introduces the listeners to another side of me musically. I create all of my music with the hope to make the listener feel the good vibrations I put into making it. "

We're definitely elated to see this new side of Daniel emerge and, once you give it a spin below, we're sure you will be too.


TAGS:  audio, barry white, chic, Daniel Crawford, dj jazzy jeff, Natasha Diggs, Sly Stone
Previous: Tristan Wilds Invites Us Over For ‘Dinner For Two’ In Made-For-TV One Movie Next: Disclosure Takes Us To The House With ‘Where You Come From’