Disclosure Takes Us To The House With ‘Where You Come From’ 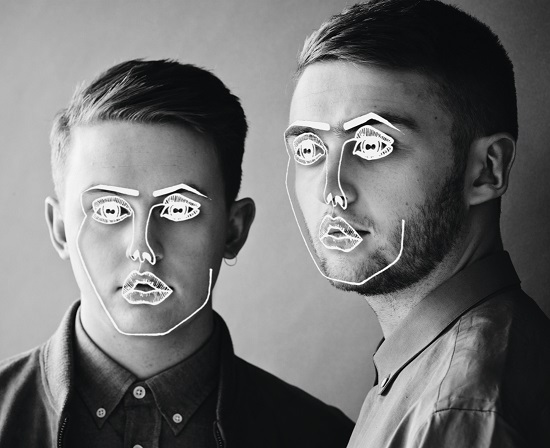 What a week to be a Disclosure fan! The electronic music duo has made this week one for the books with a quartet of releases that found them experimenting with sounds and samples across a few genres. Earlier in the week, they dropped off vocal jazz-inspired cuts "Moonlight" and "Where Angels Fear To Tread." Then they came roaring back once again with two more new joints, this time looking to '80s R&B with "Funky Sensation" and "Love Can Be So Hard." Now they're finishing off the quintet of singles with the release of "Where You Come From."

This time around, they've mined "African Unity" by Sudanese artist Kamal Keila and a few other recordings from the Habibi Funk label. Where the other songs from the previous releases caused the fellas to shift to adapt to their stylings, here they take the almost ska-like sound of "African Unity" and flip into smokin' hot house. Kick drums pulse, snares hit hard and the beat shuffles and sways like nobody's business. Anchoring it all is a vocal sample and sweet synth chords that build toward the middle of the song and then swell and develop until its close. Hand claps also come into play, making it feel almost like a call-and-response that just begs for crowd participation. Basically, we're saying Disclosure did that!

Though they say that this is the last we'll hear for now, we've pretty much been given one of the best electronic EPs of the year. Still, we can't shake the nagging feeling that there is much more to come — and we're hoping that "more" is a new album from the Howard brothers. We're keeping hope alive over here and you can too by bumping "Where You Come From" below and revisiting the other four releases from Disclosure this week.


TAGS:  audio, Disclosure, Kamal Keila
Previous: Daniel Crawford’s Got The Funk To Make You ‘Shake Ya Body’ Next: Christian Rich Serves Up A Cool Treat With Help From Little Dragon & Vic Mensa On ‘Dripping Summers’