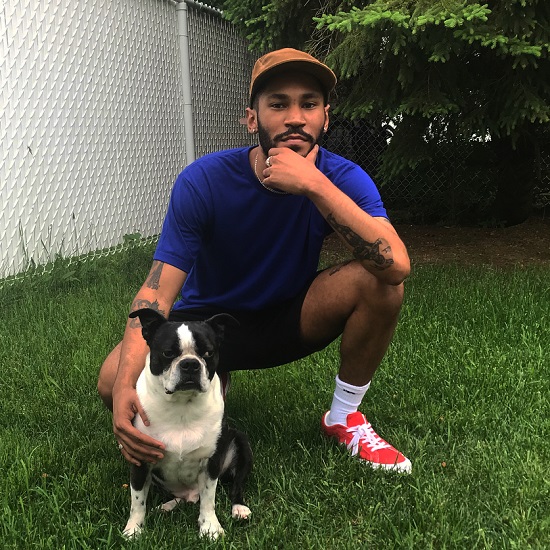 We will always ride for Kaytranada because he never disappoints — look no further than his solo debut 99.9% or, more recently, his joints with Shay Lia if you don't believe us. Though he rarely takes a break producing new hotness for other artists, he did take a brief hiatus in giving us some of his own original material and thoughtful flips of classics. Now, however, that break is over in a big way. In the past 24 hours, he dropped four new tracks on SoundCloud, including two instrumentals and a Tribe Called Quest flip. But the stunning gem of the releases is his edit of Sade's 1992 Love Deluxe single "Kiss Of Life."

It's rare that folks get it right when it comes to remixing Sade, but Kaytra puts his back into it. He keeps the lovely piano and warm chords that make the track so romantic, infusing it with a samba-like rhythm that makes things feel almost tropical. He then pitches up the vocal just a tad so that it floats just above the proceedings while still evoking the smoky, lovestruck vibe the original track had. It proves once again just how deft the Canadian producer's hand is when it comes to taking a beloved track and reimagining it for a newer audience.

He also showcases some of that smoothness on "The Night Is On My Mind." Taking a quick sample of ATCQ's Midnight Marauders track "Midnight," he stretches it into a smokin' hot, nearly three-minute dance floor workout thanks to a few vocal samples and drums that refuse to quit. The other two instrumentals, both named for the dates they were created, land in the realm of chill vibes. His signature shuffling rhythm is present in both, though one is upbeat and poppy while the other is mellow and slow.

You can listen to each of Kaytranada's newest tracks, starting with the "Kiss Of Life" edit, below.


TAGS:  a tribe called quest, audio, Kaytranada, sade
Previous: ‘Rise’ Up With Butter, Melonie Daniels-Walker & Roy Hargrove Next: SoulBounce Exclusive: Sidibe Is Free As A Bird In ‘What Should One Do’