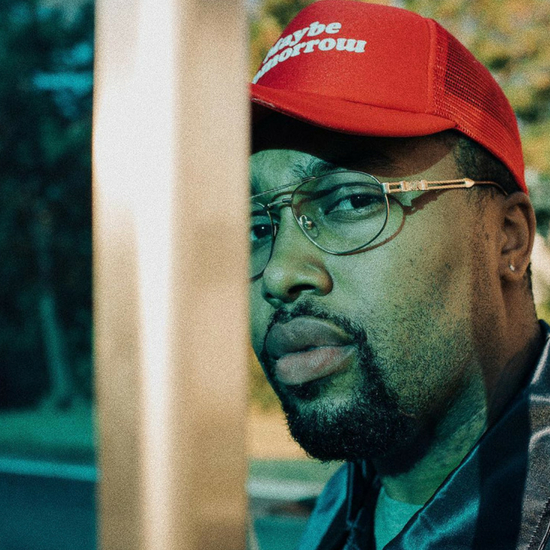 The minute Kenyon Dixon heard Jazmine Sullivan and Bryson Tiller's track "Insecure," he just knew he had to cover it. So maybe he just heard the track this week and maybe he's just a little late in the game, but he whipped up his own version with haste and we welcome it. Unlike the original, Kenyon decides to go at it solo, and he doesn't disappoint.

Keeping the same bed of instrumentals, Dixon places his signature, growling voice on the track, adding more grit and doing his best to convince us he's done all he could do in this situationship. By the time Kenyon gets to the chorus, we're already sold with his solid harmonies and conversational singing style. With no female energy to respond to his claims, Kenyon gets a leg up as he dominates the track with his undeniable talent and irresistible vocal runs.

Not a stranger to delivering top notch covers, Kenyon has in the past covered Brandy, Aaliyah, Chris Brown and numerous others. He dropped his album, We Should Talk, back in 2017 and most recently dropped his EP P.S. You Did This two weeks ago. Since he's finding time to release new tracks before he drops his next album We Should Talk II, it's worth going back through his catalog, which you can find right here. Listen to Kenyon's cover of "Insecure" right here to see if he did the Jazmine Sullivan and Bryson Tiller track any justice.


TAGS:  audio, Bryson Tiller, jazmine sullivan, Kenyon Dixon
Previous: Beware Of The Freaks In De La Soul’s ‘Whoodeeni’ Next: Mark Ronson Reminds Us That ‘Diamonds Are Invincible’ On Michael Jackson’s 60th Birthday & Janet Jackson Gets In On The Fun