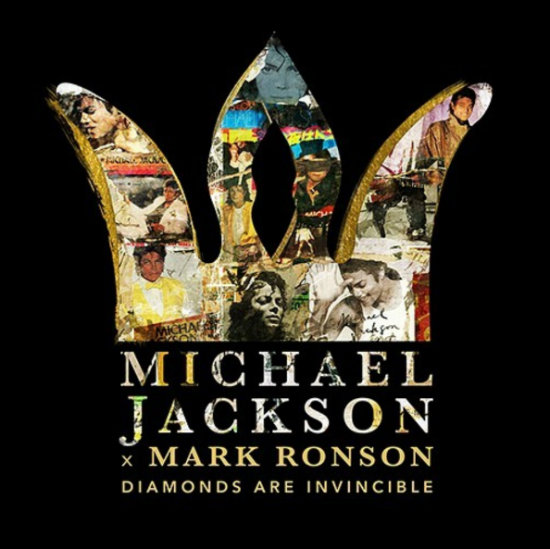 As we all know, today would have been the 60th birthday of the late King of Pop, Michael Jackson. With an extensive catalog (that may or may not include fake vocals), it would be hard for anybody to sum up his career in less than an hour, let alone a few minutes. Producer Mark Ronson was up for the task, and the result is "Diamonds are Invincible," a five-minute ode to MJ that manages to do just that.

The track, which was released to commemorate MJ's diamond birthday, blends together some of Jackson's biggest and most enduring songs including "Wanna Be Startin' Somethin'," "Smooth Criminal," "Human Nature" and "Don't Stop Til You Get Enough," just to name a few. Ronson, who was enlisted by Jackson's estate to create the mix, describes the opportunity as "an amazing, awe-inspiring and insanely intimidating task" that under other circumstances would take hours to cover. "I wanted this to feel like being on the dance floor at a sweaty, wild NYC club getting down to as much MJ as possible in five minutes," he went on to explain in a statement. To put it short, Ronson hits the mark and then some, making such a daunting task sound like music to our ears as he squeezes a 30-year span of music into one song without having it sound cluttered or clunky.

"Diamonds are Invincible" is just one of the ways that MJ's estate plans on honoring the legendary entertainer on his birthday. Tonight, Cirque du Soleil's Michael Jackson ONE will commemorate the occasion with a special performance at Las Vegas' Mandalay Bay that is set to feature special appearances by his brothers Jackie Jackson and Tito Jackson, in addition to his children Paris Jackson and Prince Jackson. Major star power will also be on hand to celebrate his memory with appearances by Gabrielle Union, Vanessa Hudgens, Evan Ross, Ashlee Simpson Ross, and more. Jackson's estate will also honor his memory with a limited edition, numbered sneaker collaboration with designer Giuseppe Zanotti, which is set to drop in mid-October at select stores, in addition to a capsule collection from BOSS that will include an updated take on Jackson's iconic look for the Thriller album cover.

Meanwhile, baby sister Janet Jackson is honoring her big brother in her own way by releasing a video clip inspired by Michael's groundbreaking 1992 "Remember the Time" video.  The clip which features social media stars King Bach and BlameItOnKway auditioning for a chance to impress her, mirroring the scene featuring model Iman in Michael's original video. Check out Janet's tribute below to her brother and be sure to get into Ronson's five-minute dance party to celebrate the milestone.