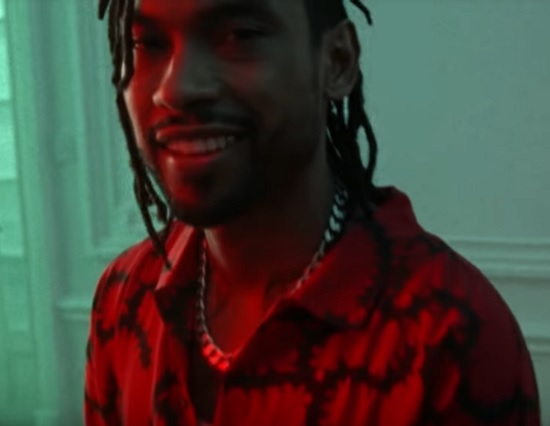 Miguel is still riding the success of last year's War & Leisure, and rightfully so as the album has more than its fair share of great musical moments. He's also getting more in touch with his Mexican roots and has been working on Spanish versions songs from the recent LP. We get our first taste of what he's been brewing with a stylish clip for the Spanish language version of "Banana Clip."

Already one of our favorite songs from War & Leisure, "Banana Clip" loses little in translation. In fact, many of the clever references to guns and other firearms hold up pretty well and don't feel contrived. The video for "Banana Clip" also works well with the songs allusions to love and war. In the hazy, slightly grainy footage, we're shown Miguel in the company of many modelesque types. While he seems to be playing the part of big man behind the scenes, the ladies seem to be there simply for eye candy purposes. Oh, but looks are deceiving. While they are definitely attractive and easy on the eyes, they're also about that life, revealing a literal arsenal of weapons while giving the camera sexy come-hither looks. Talk about being a bad chick.

Miguel just launched his Ascension Tour this week and plans to release a deluxe edition of War & Leisure that will feature the Spanish version of "Banana Clip" as well as a few other songs. A solid release date for the deluxe LP has yet to be announced, but it's expected to come soon. Check out the video for "Banana Clip" below.