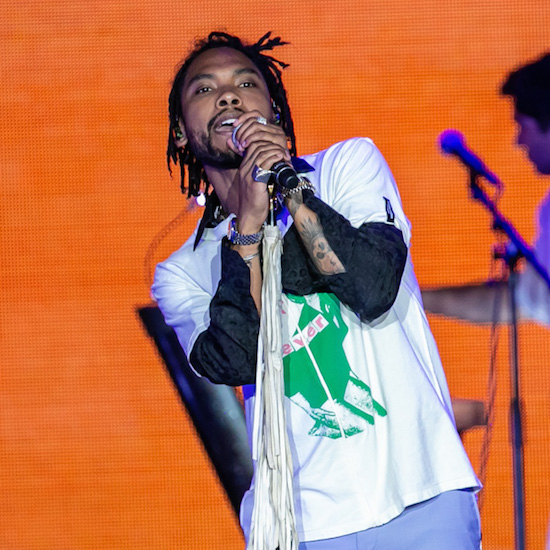 Miguel is ready to have a good time and makes it very clear in his latest song, "Vote," taken from the soundtrack for one of the most anticipated summer movies, Crazy Rich Asians. Produced by Mark Ronson and Hudson Mohawke, the track gets an uptempo beat and contagious bed of harmonies. Miguel's smooth vocals make the radio-ready anthem a feel-good track to jam to for the rest of the season.

"I've got that feeling, the feeling too easy / As long as I'm breathing, I've gotta vote for a good time," Miguel exuberantly kicks the song off. "One time for tequila, two times for sativa," he later chimes in because he's a fan of both clear liquor and the green. The music and lyrics play together perfectly to create what sounds like an actual good time. With its pulsating rhythm, it's hard not to start dancing after you press play.

While Miguel readies himself to hit the road on his Ascension Tour in a few days, he's kept fans entertained with a steady stream of new singles, such as "Python," which he released just a few weeks ago. We're here for the newness and hope it doesn't stop. Until he decides to drop off more tracks, you can get the Crazy Rich Asians (Original Motion Picture Soundtrack) now on your favorite digital retailer and rock the "Vote" right here.