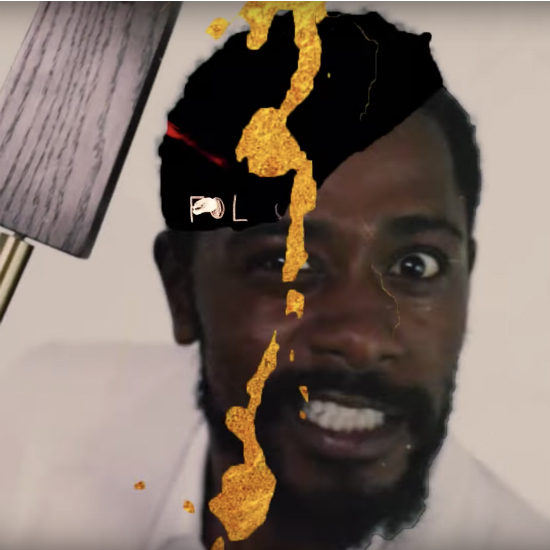 In case you didn’t know, Donald Glover isn’t the only Atlanta star with musical ambitions – and we’re not talking about Paper Boi. LaKeith Stanfield has been flexing his lyrical talent for a while, even before acting, and working with producer Hrishikesh Hirway, he formed the group MOORS. For his latest musical feat, the multi-talented star has linked up with outfit tUnE-yArDs. “We became big Lakeith fans by spending hundreds of hours scoring Sorry to Bother You and watching his incredible acting skills. We met at the Sundance premiere, and Lakeith was really into the score so we talked about collaborating,” Tune-Yards’ Merrill Garbus said. The product of this collabo is a song entitled “Mango.”

“I said let go my mango / Get the strap / Get the draco,” raps Stanfield over Hirway’s shifting beat of tribal drums, synths and keys. On the track, LaKeith spits bars about living for peace, but at the same time being ready for war if someone tries to take what’s his. He also tries to inspire others to be the best they can be, but not to get too comfortable. The man is always watching and the bill for what you deem living your best life is always threatening to turn down your turn up.

The video takes an avant-garde artsy approach. Because LaKeith. What else was he going to do? Dressed in all white, the actor-rapper walks around a church vestibule dancing, gesturing, mean mugging and pontificating in honor of the Black man. His spirit is haunted and inspired by the hopes and pressures of society, represented by some artistic overlays by RUFFMERCY, giving the clip an ‘80s art-pop feel. While simple, Stanfield keeps things interesting, if not frenetic, from beginning to end.

“Mango” is a dope surprise track from MOORS that introduces us to their style and leaves us wanting to hear more of LaKeith's lyrical heat.


TAGS:  audio, Donald Glover", Lakeith Stanfield, Merrill Garbus", moors, ruffmercy, tune-yards
Previous: Phony Ppl Return To Shoot Their Shot ‘Before You Get A Boyfriend’ Next: J. Cole Is Anything But Humble On ‘Album Of The Year (Freestyle)’