SoulBounce Exclusive: J-Llyfe Makes A Love Connection In ‘You Are’ 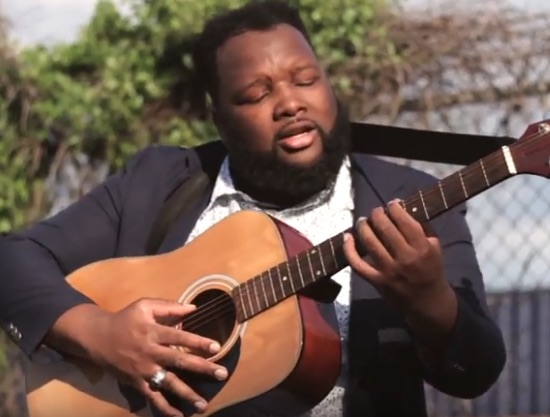 With his stage name being an acronym for "Living Life Young For Ever," Justin Thomas is clearly all about living his best life. Performing as J-Llyfe, the singer, songwriter, MC, musician and actor puts all his talents to good use in the music video for his single "You Are," which can be found on his debut EP Songs About H.E.R. The Birmingham, Alabama native and New York City transplant dropped that project in 2017, and he breathes new life into it with the "You Are" visual in this SoulBounce exclusive world premiere.

The Artist Teej-directed video starts with J-Llyfe and a few friends busking on a sidewalk on a sunny day. A dude on his cell phone walks by and dismissively throws a dollar their way as he keeps it moving. They pay him no mind, but it's when a pretty young thing in a red dress saunters past that J-Llyfe perks up and goes in hot pursuit. He catches up with her and gives him her digits. In another scene, we see that old girl also catches the first dude's eye, and he slides her a business card. They end up meeting up for a lunch date, but she isn't feeling him at all. She's got J-Llyfe on her mind and she's on his, and we later see the pair all lovey-dovey dancing and having a romantic picnic. The video complements the song about finding a real love connection and shows that although you can always meet someone who piques your interest, you can't fake chemistry.

Press play and get the warm fuzzies when you watch the music video for "You Are" right here. You can catch J-Llyfe doing it big around NYC hosting showcases, performing at various local venues and acting in off-Broadway productions. For everyone else outside of the Big Apple, you can keep up with him on his website, Facebook, Twitter and Instagram.