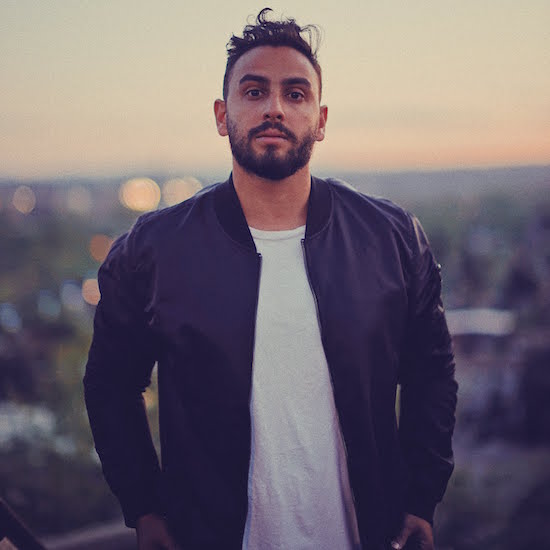 Who hasn't had a TV crush growing up? If you were a child of the '70s, you were probably dreaming of Thelma from Good Times. The '80s saw many developing crushes on Tootie from Facts of Life or Charlene from Diff'rent Strokes. The '90s, however, were probably the best time to fall in love with a network hottie as there seemed to be someone for every kid to fall in love with. For rising singer Ruben Young, the ultimate television babe is none other than Rachel Green, the flighty character played by Jennifer Aniston on the hit sitcom Friends. He loved her so much, in fact, that he dedicated an entire song to her, appropriately titled "Rachel Green."

The raspy-voiced singer got in the studio with Toronto-based Kuya Productions to craft the smooth number. The production laced him with a smooth groove that recalls similar tracks from the '80s and '90s, replete with lush, wavy synths and programmed drums. Meanwhile, Ruben takes the time to reminisce about simpler times when all he had to do was turn on the tube to live out his teenage fantasies. He's apparently met someone who reminds him of his favorite Friend. "You got that somethin' about you / You got that Rachel Green / Stuck in that teenage dream," he sings wistfully on the chorus, smitten with the potential girl of his dreams. Guest rapper Hodgy stops through for a quick 16 to emphasize just how bad this chick his, reminding us that there's "not another like my Rachel Green."

"Every kid had a ‘dream girl/guy’ growing up. If you’re a '90s kid like me, chances are it was someone like Topanga, Kelly Kapowski or my girl Rachel Green," Ruben said about the song's inspiration. "I think the song came together so naturally because I’m still holding on to some deep-rooted feelings. Get at me soon, Rach."

To bring it all home, Ruben has put together a cute music video featuring clips from classic episodes of the '90s sitcom in which his and Hodgy's faces are superimposed over a few of the male characters in the show. But, of course, the main focus of the proceedings is Rachel, who is shown in all her glory from beginning to end. Get your groove on and a Friends fix when you check out the premiere of "Rachel Green" below.

Morning Soul: I’m On The Hunt I’m After You