SoulBounce Exclusive: Get ‘Down’ With Tré Burwell 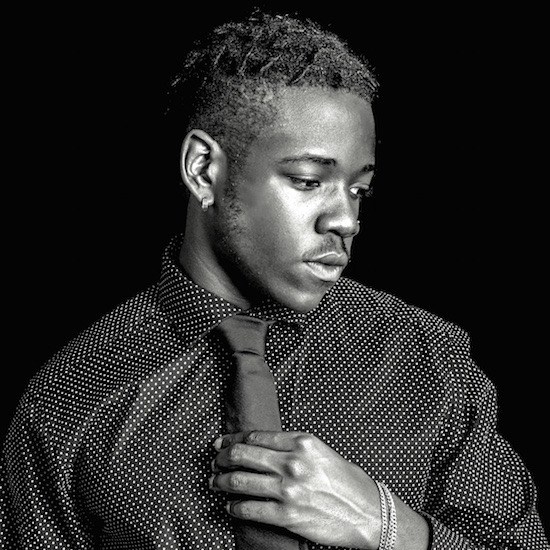 The DMV area has been a breeding ground for soul and R&B artists for quite some time now. From Marvin Gaye to Johnny Gill to Raheem DeVaughn to Tank, Washington, D.C. and its suburbs have been a hotbed for musical talent. Looking to make his mark and add his name to that list of DMV greats is Tré Burwell. With the release of his new single "Let Me Down," the young singer, songwriter, musician, producer and current student at Bowie State University may be on to something.

"Let Me Down" is the first single from Tré Burwell's upcoming EP 7399, Volume 1, which signifies his birthdate and will be released on Friday, August 31st. Written by Burwell and produced by Raven Moran, the track is a trendy number that rides the popular tropical R&B wave. The uptempo sound bed sounds like a fun-filled summer vacation to an island and is right on time for partying the last few weeks of the season away. Musically, the song just makes you want to move and spend its entire duration on the nearest dance floor. Lyrically, Burwell is busy praising his girl who's there for him through everything. “'Let Me Down' is a song referring to a guy that knows his girl is his complete ride or die," he tells us. "Pressure, endless pressure / Can you take my mind off it?" he sings to his bae, already knowing that her answer is a resounding yes because "she won't let me down" he later shares on the chorus.

Tré Burwell delivers an impressive vocal performance on "Let Me Down" that firmly places him on the radar as a young male R&B singer to take note of. The song is fun, fresh and flirty and will appeal to fans of Chris Brown, Trey Songz and Mario's music.

Press play to listen to SoulBounce's exclusive world premiere of Tré Burwell's "Let Me Down" and expect to find more jams like this on 7399, Volume 1 when it drops tomorrow. Order the EP on iTunes now, and catch up on his debut album, Pop Culture, on iTunes and Spotify in case you missed it. Don't miss anything else from Tré Burwell by making sure to follow him on Instagram and Twitter.