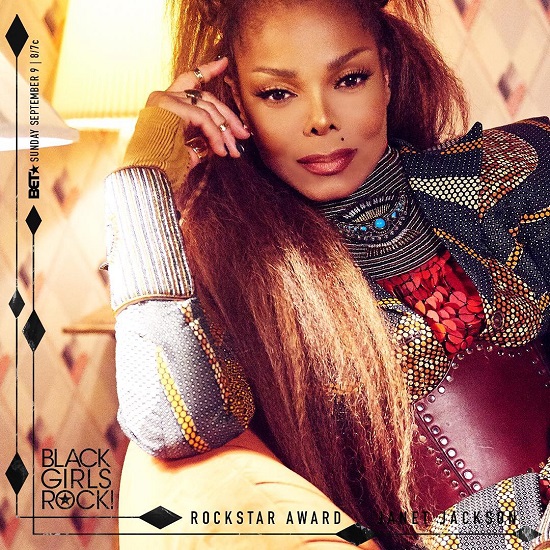 It's safe to say that Janet Jackson has established why she's an enduring icon. This year has been a stellar one for the comeback queen, with the extended leg of her State Of The World Tour selling out like gangbusters, the release of her bop "Made For Now" and her resurgence as the undeniable queen that she is. So, of course, Miss Jackson is out here scooping up all the accolades as well. The latest addition to her trophy case will be the Rock Star Award, which she's scheduled to receive at this year's edition of Black Girls Rock!. She'll be in good company as well. Other honorees include Mary J. Blige (Star Power Award), Naomi Campbell (Black Girl Magic Award) and legendary dancer Judith Jamison (Living Legend Award). The ceremony, hosted by Queen Latifah, will go down on August 26th and air on BET September 9th. Salute to all the strong sisters getting their just due. #BlackGirlsRock