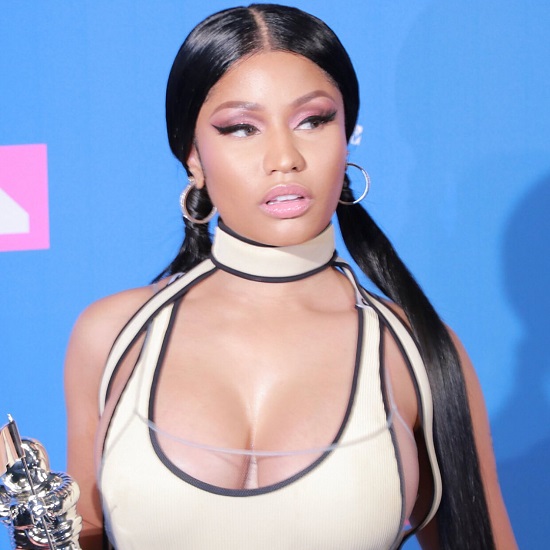 Nicki Minaj Throws Twitter Tantrum Over Missing The No. 1 Spot

What in the world is going on with Nicki Minaj? While most people would celebrate grabbing the No. 2 spot on the Billboard 200, Miss Minaj is none too pleased and she's letting everyone know all about it. She's been going on constant rants on social media, particularly Twitter, to air out her grievances, hitting out at everyone from Travis Scott (whose Astroworld blocked her from No. 1) to Billboard, Pitchfork, Kylie Jenner and even baby Stormi. She's also using her Queen Radio show on Beats 1 to share her vitriol, naming folks like Travis "H** N***a of the Week" and other far too colorful words to repeat on this mostly family-friendly site. And let's not even start with her comparing herself to Harriet Tubman. While she might've made some valid points about sexism, politics and gimmicks in the music industry in the process, all of this is coming off as sour grapes from an entitled rap diva. #NickiWhatsGood