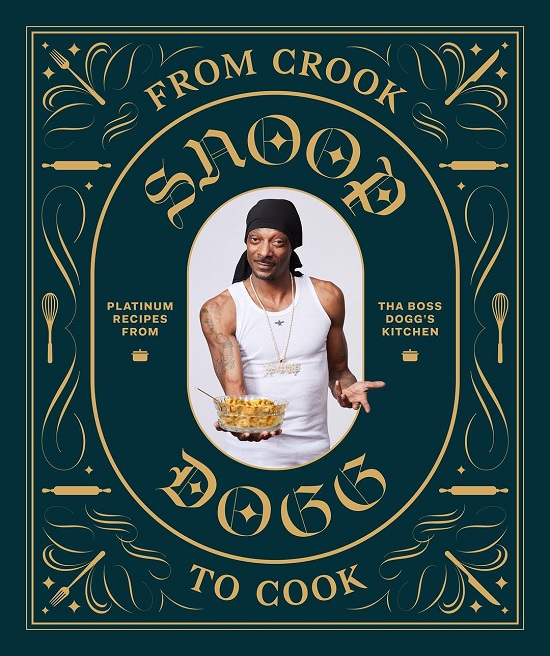 Snoop Dogg Goes From 'Crook To Cook' With New Cookbook

How many careers will Snoop Dogg have before it's all said and done? The rapper has reinvented himself musically several times over, going from gangsta rapper to reggae artist to gospel rap chart-topper. He's also made several moves outside of the booth, including acting, hosting game shows, hosting a cooking show with Martha Stewart and even coaching little league. What's next for the Doggfather? He's dropping a cookbook. Snoop will release his first-ever cookbook, From Crook To Cook: Platinum Recipes From Tha Boss Dogg's Kitchen, on October 23rd. The collection will include recipes for everything from baked macaroni and cheese to lobster thermidor as well as behind-the-scenes photos and stories that will give insight into Snoop Dogg the cook. Surprisingly, though, all the recipes will be marijuana free. Go figure. #ChefSnoopIsDefinitelyInTheHouse