Tone Stith & Ty Dolla $ign Are Ready To ‘Take It There’ 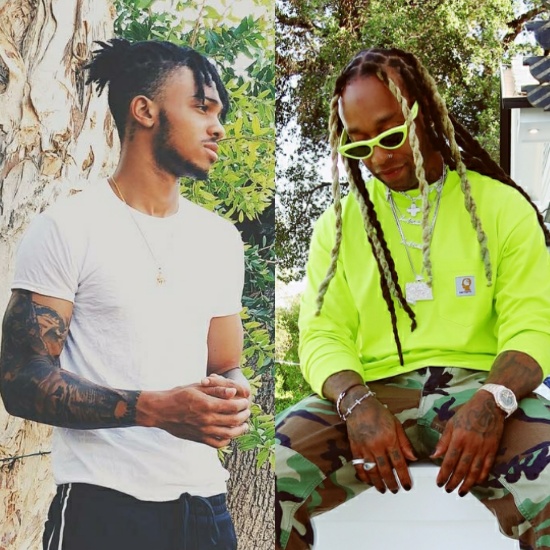 Tone Stith is determined to launch his own shooting star. The singer/songwriter/producer responsible for Chris Brown’s “Liquor” released his debut album, Can We Talk, last year and has been steadily giving us new music since. During what he’s coined as “Tone Tuesday,” the singer has dropped covers and brand new tracks for the last few months. This includes his take on Daniel Caesar's "Best Part," as well as his own "Sex Drive." His latest loosie, “Take It There” featuring Ty Dolla $ign, is a standout slow jam to soundtrack your private times and the whole nine.

“Take It There” is a slinky bedroom groove that finds Tone trying to convince a tenderoni that it’s okay to be alone together. Over a beat composed of guitar licks, hand claps and a deep bass line, Stith whispers sweet nothings like, "I love your body even when you're not trying," and, "You the blueprint every girl need to follow." While Tone keeps things a little more lovey-dovey, Ty ain’t here for such niceties. He cuts to the chase when he sings, “Bust it open on the floor for me / Girl, I bet you can’t do it like that on a D.” His lyrics flip the switch from romantic to risqué real quick. But that's how Ty Dolla $ign rolls, and although he might have you clutching your pearls, his husky tenor is a great addition to the track.

Will “Take It There” make it to your GTD playlist? Hit play and let us know if the track sets the mood for you and your boo to do the do.


TAGS:  audio, Tone Stith, Ty Dolla $ign
Previous: The Shindellas Want Their ‘Truth’ To Set You Free Next: 6LACK Is So ‘Nonchalant’