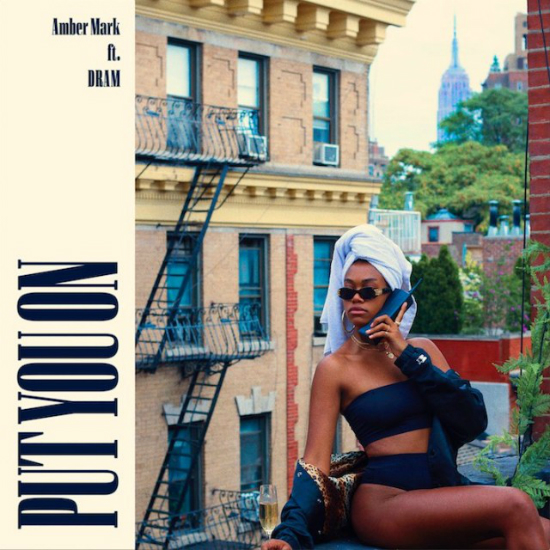 Earlier this summer, singer, songwriter and producer Amber Mark blessed us with her second EP, Conexão. The project showed the promise and vast potential of the twentysomething musician. Plus, her Sade-approved cover of “Love Is Stronger Than Pride” deserves every bit of the praise it received. Not resting on her laurels, the singer is back on her grind and teamed up with Virginia rapper/singer DRAM to give us the throwback single “Put You On.”

On “Put You On,” Amber Mark lets her love interest know that even though she’s glowed up, she’s still down for him. Produced by Mark, the soundbed is a throwback to the mid-'90s New York R&B era with its drums, guitar, subtle saxophone, deep bassline and harmonies. Amber spits her best game to the object of her affection, letting him know that “as soon as the jet touch down, I have to see what’s up.” Meanwhile, DRAM plays his position, adding some much-appreciated ad-libs and harmonies to the track and spitting a hot 16 on the bridge.

Amber shared via press release that the song was inspired in part by rapper Cardi B. “The idea of the song came from wanting to talk about a woman who made it out of the hood in NY and into the top of success," she said in the statement. "Cardi B was really blowing up at the time and I thought a similar story to hers would be such a vibe for the production. The beat sounded so much like summer in NY and I figured it would be dope to lyrically make a subtle NY anthem.”

If there’s a negative to the throwback track, it’s the fact that the song wasn’t released earlier in the summer. The track really does capture that '90s New York summer vibe and would have been a favorite at BBQs from Bed-Stuy to Timbuktu. However, it can get some burn in any weather. Hit play and let us know if you’re feeling the nostalgic vibes of “Put You On.”


TAGS:  amber mark, audio, cardi b, DRAM, sade
Previous: Phony Ppl Sings About Doing Too Much In A Relationship In ‘Way Too Far’ Next: Moon Boots Adds More Fire To Tamia’s ‘Leave It Smokin”