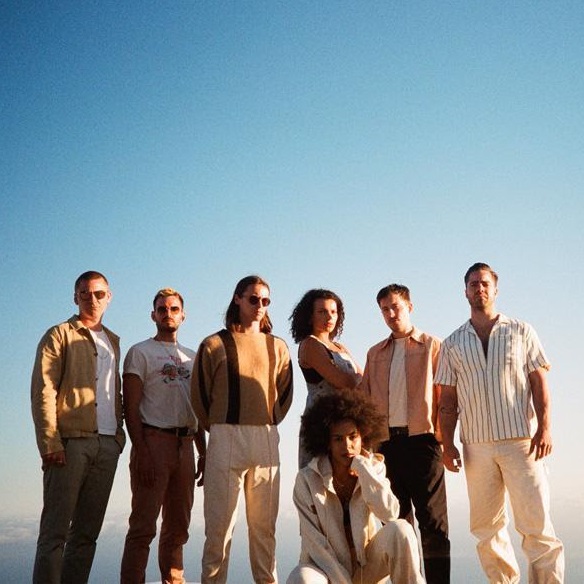 September seems to be the prime month to release a new album. Last Friday many of our faves were dropping newness like it was hot (and in many cases it was). This coming Friday looks to be more of the same, with British outfit Jungle dropping their newest album For Ever — which will include recent singles "Happy Man," "House In LA," "Cherry" and "Heavy, California" — to the delight of their many fans. But before that happens, they're giving us one more listen to the set with their newest single "Beat 54 (All Good Now)."

"Beat 54" is based on a bass groove and melody line that's smooth and easy going. They expand upon that feel with string flourishes and warm handclaps that propel the rhythm forward. It's the perfect sound to accompany their chorus-like vocals on the verses as they sing of a love that seems to be fading as the song progresses. While that may seem like a sad fate, this sentimental slice of funk instead flips that idea on the song's chorus, letting us know that though there may be tears it's all good on their end. And honestly, as the song veers ever-so-slightly into disco territory as the chorus picks up steam, everything about it feels too good to dwell on what wasn't meant to be.

In addition to the new album and single, Jungle will also be embarking on a massive multi-city tour in both North America and Europe, with dates starting in the US on September 21st and continuing through the Spring of 2019. Ticket information and dates for the jaunt can be found on the group's website. Check out the smooth groove of "Beat 54 (All Good Now)" below and stick around to peep the videos for "Heavy, California" and "Cherry."