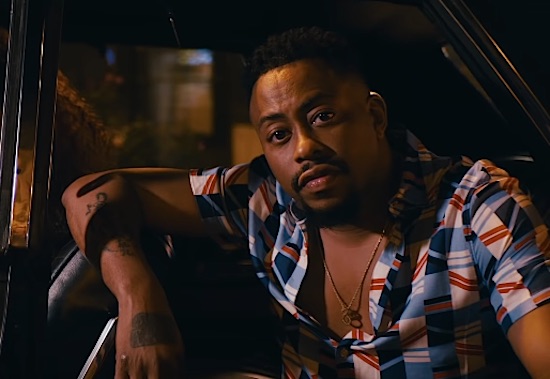 Singer, songwriter and one of the DMV's favorite sons, Raheem DeVaughn continues to represent for R&B and his region. For his latest feat, DeVaughn follows up the good vibes of his single, "Don't Come Easy," with the lighthearted jam "What It Feels Like."

"What It Feels Like” celebrates all the wonderful feelings that come with falling in love. DeVaughn shares a few metaphors and examples of those feels that have him “so happy I’m smiling when I’m sleep.” Meanwhile, producers Wendell “Mista Grinch” Hanes and Jazzy Yo of Volition lay down a backdrop of keys, percussion and light strings that perfectly underscore Raheem’s vocals.

The video for “What it Feels Like” tells the story of how two lovers first met. Directed by Chris Scholar, the clip was produced with Hands on the Future, a youth program that trains and prepares teens and young adults for careers in the entertainment industry. The video starts with the message, “A Year Later.”  We then watch as a classic car pulls up outside of a local DC burger joint, Z Burger. Raheem then tells his date he wanted to take her back to the place where they first fell in love. The clip then flashes back to the story of Raheem trying to win her heart while she's slanging burgers and fries. While he tries and tries to get some play from her, even getting her to crack a smile, she makes him work for her affections. However, old girl remembers the series of events a bit different than Raheem. Yet and still, no matter how the story goes, the end result is the same.

“What It Feels Like” is the second single from Raheem DeVaughn's upcoming sixth album, Decade of a Love King, dropping October 19th. We're eagerly awaiting more news on his latest magnum opus and hope that a tour is in the singer's future. For now, check out the charming video for "What It Feels Like" below.