RAY BLK’s ‘Empress’ Reminds Women Of Their Royal Worth 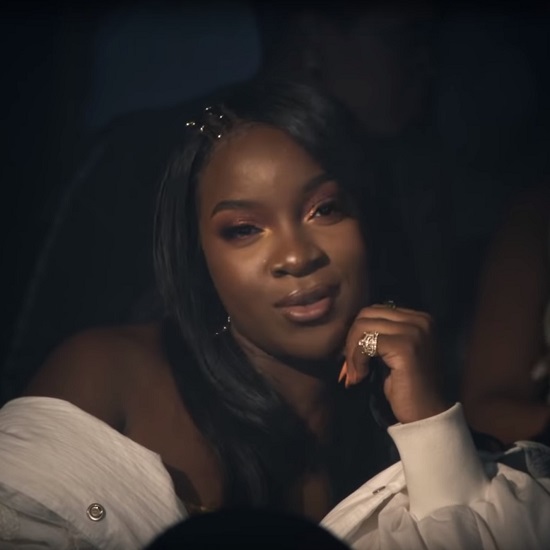 Long before she inked her record deal with Island Records, RAY BLK made a name for herself as an independent artist with a keen talent for honest, compelling narratives. Alternating between a catchy sing-rap style and more soulful R&B approach, her magnetic vocals and insightful pen made the Londoner stand out in a UK music scene filled with crazy-good artists. So much so, that in 2017, the woman born Rita Ekwere made history by becoming the first unsigned artist to win the prestigious BBC Music "Sound Of" award (an honor previously bestowed on the likes of Adele, Corinne Bailey Rae, Jessie J, Sam Smith and Michael Kiwanuka).

In preparation for the release of her full-length debut, RAY follows her hard-hitting single "Run Run" with an empowering anthem for the ladies called "Empress." When describing the song, she says, "This is my story - done my way. It's about seeing yourself, knowing what you deserve and it's for girls to wake up and see themselves as empresses." Like a supremely cool big sister or a ride-or-die bestie, she delivers the kind of wisdom that can only come from experience. Backed by an acoustic guitar, Ms. Ekwere drops lyrical gems like, "I can't pay for somebody else's sin," and "When a woman knows her worth, she waits for someone she deserves."

The soulful heart-to-heart comes along with visuals directed by Geej Ower. Vaguely reminiscent of Fugees' "Killing Me Softly" video, the clip centers on RAY in a darkened theater before panning out to reveal an all-female audience of diverse backgrounds. We're not sure what film is showing, but the ladies are completely engrossed. As the on-screen drama reaches an emotional scene, the women begin to sing along to the song's chorus. It's a simple but moving visual.

"Empress" is another example of how Rita truly embodies her adopted BLK surname – an acronym that stands for "Building, Living, Knowing." Listen to the song and watch the video below before purchasing a copy for your playlist. Revisit her 2018 collaborations with Yogi and Naughty Boy, then download her previous single "Run Run" and her 2016 mini-album Durt to hold you over while we wait for her upcoming project. Be sure to connect with the artist via Twitter and Instagram for updates.