SoulBounce Exclusive: Isa Marina Shuts A Situationship Down In ‘No Grey’ 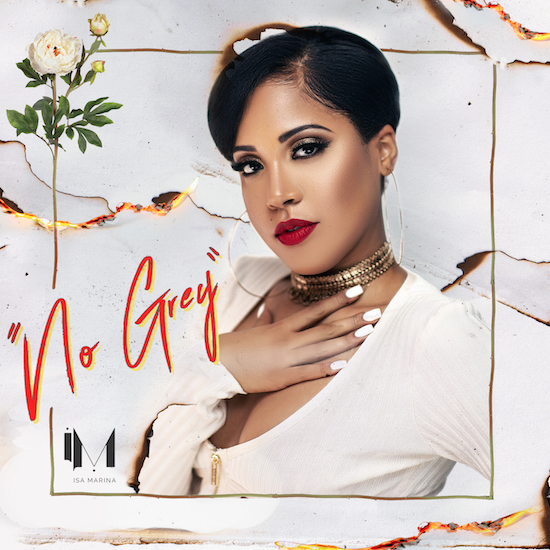 Isa Marina is no stranger to SoulBounce. Previously performing as simply Isa, the singer-songwriter first landed on our radar back in 2016 and graced our pages with not one but two world premieres. She won us over with her single "Take It Slow" and followed that up with the song's music video later that year. In the time that's passed, Isa has released her sophomore EP, performed extensively and even appeared on MTV TRL's "Rock The Mic" competition hosted by Keyshia Cole – and she won! Like fellow Bronx bombshell Cardi B, Isa Marina has been making music moves, and she's making another one with a new single "No Grey," which, you guessed it, we're bringing you in a SoulBounce exclusive world premiere.

Inspired by a situationship she was in, "No Grey" finds Isa questioning where said situationship is going. In a tale as old as time, she wonders if her bae is serious about leveling up their relationship or just wasting her doggone time? She comes to a few conclusions over the course of the short-but-sweet track. "I don't want to go on, cause we ain't getting no younger," she makes it clear in the first verse before getting to the heart of the matter on the chorus. "Oh, I've been waiting, for my chance to fall in love / And I've been patient, can't let you mess it up." If it's real love that she wants and needs, she won't find it with this dude.

Co-written by Isa and YB, "No Grey" is very relatable because it's based on real-life events. "I fell deeply in love with someone who was very close to my heart," the songstress shared with us. "We ended up falling into your stereotypical ‘situationship.’ On and off and back and forth – it was just not for me. I needed a clear answer; if you love me how you’ve declared that you do, are we officially moving forward as one or not? I needed to get out of the grey area that we were in for my own sanity, and I did." Isa Marina poured her feelings into "No Grey," but instead of another sad love song, producers Drop0uts (production duo “Ryghteous Ryan” Tedder and K-Ron) and Skywalkabeatz crafted an upbeat rhythm rooted in R&B and afrobeat. Isa takes her feelings to the dance floor and keeps it moving.

"No Grey" is another banger from Isa Marina and begins a new chapter for her. She ensures us that she has more new music on the horizon and more performances, too, including a free show coming up on Monday, October 16th at Rockwood Music Hall in New York City. The native New Yorker has additional shows throughout the city scheduled all fall. Visit her website for tour dates.