SoulBounce Exclusive: The Allergies & Honey LaRochelle Introduce Us To Their ‘Big Bad Woman’ 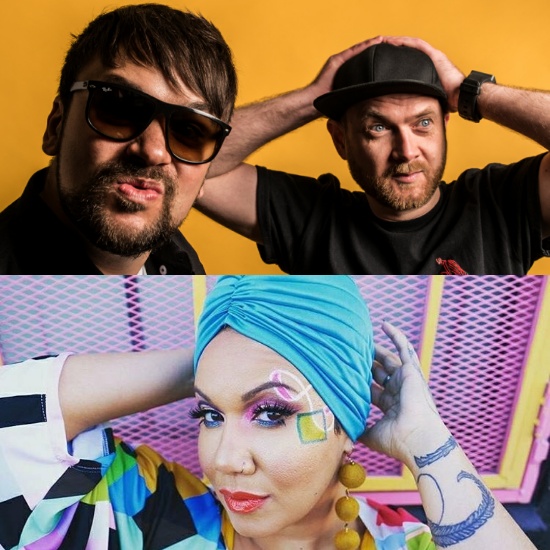 Like any season, the coming of fall brings with it a host of allergies. This fall is also bringing The Allergies, a musical duo consisting of DJ Moneyshot and DJ Rackabeat that specializes in combining vintage sounds, classic hip-hop beats and their unique approach to music to create a sound that's all their own. The duo is setting up their third album Steal The Show for release next month, but first they're teaming up with vocalist Honey LaRochelle to introduce us to the project's new single "Big Bad Woman."

If you were into Fatboy Slim back in his '90s heyday, then you'll definitely be a fan of The Allergies' "Big Bad Woman." The song is built on a jazzy piano loop and organ stabs that remind us of R&B's early days when greats like Ray Charles ruled the charts and the stage. Further spicing up the joint is Honey LaRochelle's vocal. She doesn't say much here other than the refrain "I'm a big bad woman and I'll eat you alive." Still, her raspy, fiery delivery injects the song with a verve and sass that most Top 40 songs could only dream of achieving with fully fleshed out verses. The DJ duo works in a few vocal samples between Honey's vamps that act as cooling off points for when the jam might have listeners working up a little too much of a sweat and show off their undeniable skills. This is one big bad woman who you'll want to stick around.

"It started life with a couple of slices of sister soul vocals we’d sampled from our crates, but we ended up swapping them out for fresh, re-recorded lyrics," the duo said about the song's creation. "Then the rest of it all fell into place like a perfect game of Tetris. We hope you dig, whether you’re a big bad woman or a small good man. Enjoy!”

You can enjoy our exclusive first listen of The Allergies' "Big Bad Woman" by giving it a spin below. The single will officially be released to the masses this Friday, September 28th. Steal The Show will arrive soon after on October 19th.