SoulBounce Exclusive: Xav A. Spoils Us With His ’80s-Inspired ‘Old Milk’ 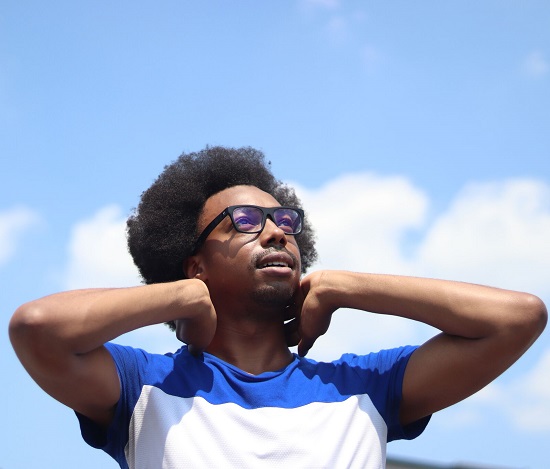 The '80s was the best of times and the worst of times depending on who you ask. While almost no one in the decade escaped the gaudy fashions and hairstyles of the decade, one of the best things the '80s produced was its unique musical sound. The sound has inspired many artists, including singer/songwriter/producer Xav A., who channels the decade for his latest single "Old Milk" and the track's truly (truly, truly) outrageous video.

Synthesizers are featured prominently on the track, providing the song's melody and bass line as programmed drums give us the rhythm. Xav uses the soundbed to come clean about a relationship that just isn't meant to last. "You were better before you met me, you know," he begins the song. "Tried to tell ya, but you won't admit it to yourself." While it might seem like a moment of self-deprecation, it's a rare instance of someone being completely honest when it comes to where a relationship is heading while taking ownership of their part in it all.

"I was watching a lot of reality TV where I saw women staying in relationships where they knew the man was doing them wrong," Xav said about his inspiration for the track. "I thought to myself, why do men not encourage their women to leave when they know they're doing something wrong? This song sort of explores the idea of telling a woman that the man she is with is no good for her. Women deserve that from us I feel."

Despite such a serious topic, Xav A. goes for hilarity in the song's video. '80s hallmarks abound, from neon fonts to rudimentary computer graphics and a grainy, digitized look. But the funny comes from Xav himself, who poses it up with cow masks and giant spoons against backdrops of cereal and milk while dancing around like a man possessed. It's perhaps one of the weirdest, craziest and most entertaining three minutes that you'll spend today.

Do yourself a favor and take a listen to our exclusive premiere of "Old Milk" and its video below ahead of the single's September 21st release.


TAGS:  audio, Xav A.
Previous: SoulBouncers: Win Tickets To See Maxwell, Anthony Hamilton, Erykah Badu, Nas & More At The 2018 Art Of Cool Festival! Next: Arin Ray Risks It All In ‘Communication’ With Some Help From DRAM