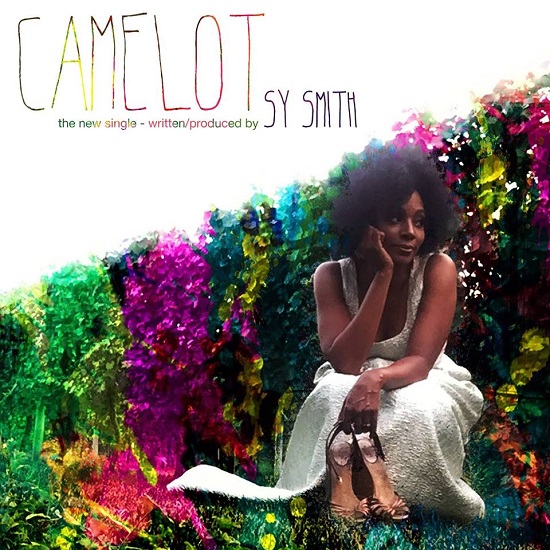 With three quarters of the year in the history books, it's about time to start creating those "best of" lists. There are a few albums we're a bit iffy about, but one whose status was never in doubt is Sy Smith's Sometimes A Rose Will Grow In Concrete. The album is easily one of our favorites of 2018 and continues to be the gift that keeps giving, with singles "Now And Later" and "Perspective" giving us a dose of soulful goodness. Now she's back with the set's third single, "Camelot."

"Camelot" is a lover's fantasy. Keys, guitar, strings and a slow, steady rhythm meet Sy's lush harmonies as she sings about a fantastical love that she imagines between her and the object of her affections. She approaches the verses and initial chorus with a breathy, feathery vocal reminiscent of Janet Jackson or Diana Ross. But while she begins demure and breathless, she soon shifts to a fuller, throatier vocal before the song's end. It's also at that point that she brings in unexpected elements of funk, rock and even gospel — including a choral chant — that takes the song from sweet daydream to ecstatic reverie before fading into a cacophony of drums and piano strings.

You already know we're slightly biased when it comes to the undeniable talent of Sy Smith, but we guarantee that "Camelot" will change the mind of any non-believer. Check out the track via Spotify below and stick around for a brief live performance of the song that includes some of the praise the stellar project has been getting. It should also get you in the mood for Sy's upcoming live shows, including a performance in Austin this Sunday and shows in New York and Annapolis, Maryland in November.