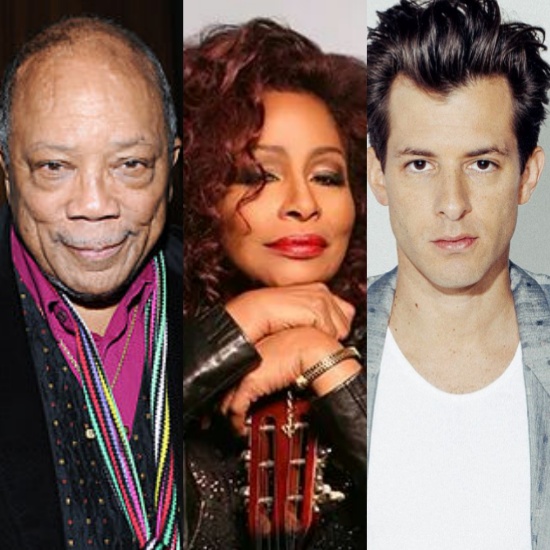 Unless you've been living under a rock, you should be well aware that Netflix just released QUINCY, the latest documentary about living legend Quincy Jones. The documentary, which debuted September 21st was co-directed by his daughter Rashida Jones and filmmaker Alan Hicks. Of course, any documentary about Q wouldn't be complete without music. The documentary brings it in spades with its own soundtrack, QUINCY: A Life Beyond Measure (Music From The Netflix Original Documentary), showcasing songs from his decades-long, genre-spanning career. The doc and soundtrack don't just provide a look back, however. Quincy is still very much an active artist and with a little help from his friends releases a new original track for the project, "Keep Reachin'" featuring superproducer Mark Ronson and the Queen of Funk, Chaka Khan.

"Keep Reachin'" is equal parts funk, disco and soul, creating an upbeat dance jam that can live on any party playlist or DJ set. With energetic horns and guitar, the song makes you want to tap your feet, snap your fingers and run to your nearest dance floor. Chaka is in good voice when she sings, "There's a dream in your eyes / Reflecting what's in front of you / It's blinding, but it's in you / There's a world on the tip of your tongue / A taste lingering on your lips / A feeling on your finger tips." The chorus soars with Chaka's signature vocals and ad-libs as the horns lift the track higher. In a behind-the-scenes video, we get to watch Chaka and Ronson at work in the studio, working on runs and laying down a beautiful guitar riff.

Quincy Jones (who technically turned 85 last March) just publicly celebrated his 85th birthday this week with performances and tributes from various artists to be televised on BET special in December. If you haven't done so already, be sure to watch QUINCY, which details the icon's six decades in the music industry. You can stream Quincy: A Life Beyond Measure (Music From The Netflix Original Documentary), featuring tracks from Hugh Masekela, Stevie Wonder, Diana Ross, Michael Jackson and more now on Spotify. Listen to "Keep Reachin'" and watch the behind the scenes clip of Mark Ronson and Chaka Khan at work below.