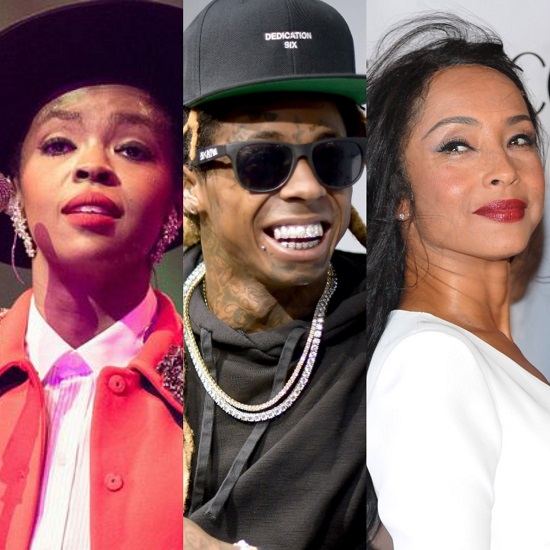 Hey, September, hey! It's Labor Day weekend, Auntie Aretha's marathon funeral just let out and we're headed into summer's last party weekend ready to hit up all the pool parties and barbecues. But before we do that, we've gotta drop off some of the juiciest items from this week's music news. First up is Ms. Lauryn Hill, who took to Medium to finally (and lengthily) address that shade that Robert Glasper threw at her with glee during a radio interview a couple weeks back. And though we never thought we'd see the day, Lil Wayne and Birdman finally buried the hatchet after the Cash Money mogul publicly made amends during an appearance at Weezy's annual festival. Oh, and did you now that new Sade music is coming? Well, now you do! All that, plus the latest on that much-talked-about incident that occurred during Beyoncé and JAY-Z's Atlanta stop on their OTR II Tour, how Aretha Franklin's hometown of Detroit is looking to honor the Queen of Soul and why Kanye West is tearing up during radio interviews when you read on.