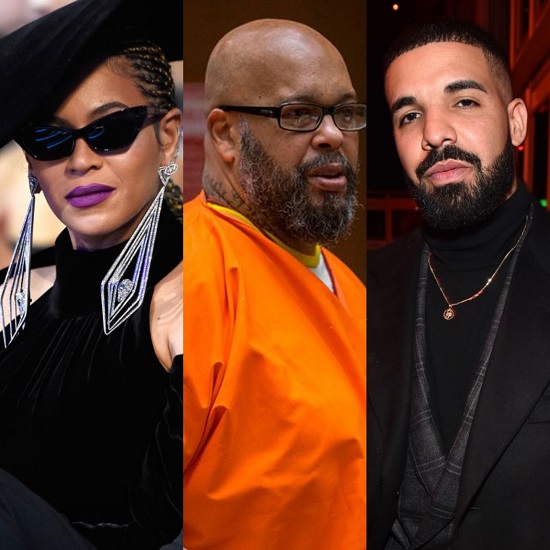 Summer 2018 is a wrap and it's officially fall. We can't believe the sunny summer days have come to an end, either, but weren't they fun while they lasted? Don't cry, though. We've got just the thing to cure your end of summer blues: music news! Just like every week of the year thus far, this one is chock full of the unbelievable and the outrageous when it comes to our faves. This week, Beyoncé gains yet another rumor after a former drummer has filed a restraining order against the "Crazy In Love" singer and alleged that she practices "extreme witchcraft" (*insert "girl, what?" face here*). Bruiser Suge Knight, meanwhile, has finally been sentenced after taking a plea deal in the manslaughter trial that's had him behind bars since 2015. Completing the law and order trifecta is Drake, who is suing a woman he alleges falsely claimed she was pregnant by the rapper and also accused him of rape. All this, plus news on Kanye West (again), Maroon 5, The Weeknd, Will Smith and more. Everybody, everybody get your read on.